Liverpool manager Jurgen Klopp branded the decision to not extend the use of five substitutes in the Premier League as a lack of common sense. 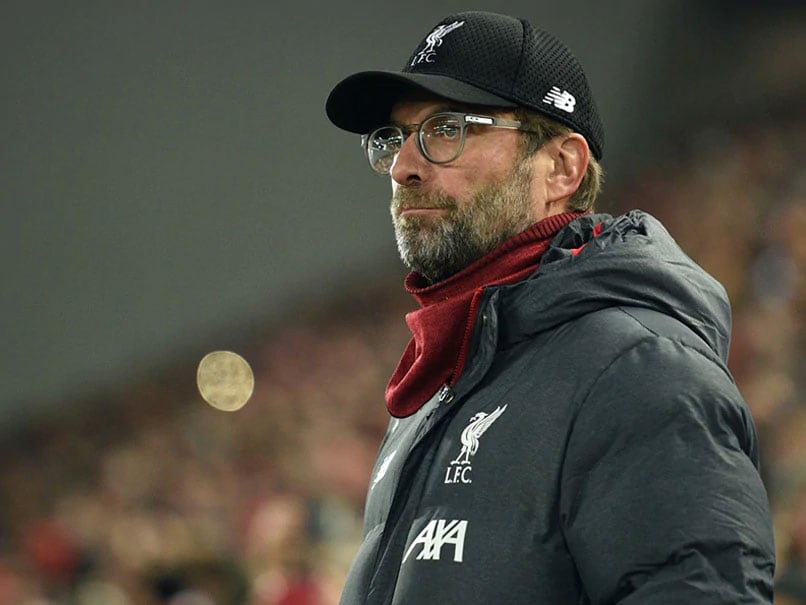 Jurgen Klopp voiced his concerns for player welfare in a congested season.© AFP

Liverpool manager Jurgen Klopp branded the decision to not extend the use of five substitutes in the Premier League as a lack of common sense as he voiced his concerns for player welfare in a congested season. The Reds begin the defence of their Premier League title at home to Leeds on Saturday in a campaign that is starting a month later than normal due to the three-month halt to last season caused by the coronavirus pandemic.

Both domestic cup competitions in England have been retained, while Liverpool are among the clubs who will face six Champions League group games in seven weeks between late October and early December.

Despite the fixture pile up, the Premier League has not followed the example of other major European leagues in extending a temporary rule after the resumption of last season that allowed matchday squads to increase from 18 to 20 and managers to make five substitutions instead of three.

"We press a normal season into a shorter period which will be a proper challenge, especially with the wonderful rule we set up with 18 (players) and three (substitutes)," Klopp said on Friday.

"It's only about player welfare, nothing else, but I don't know why we have to discuss it at all and not everybody says yes of course, like the whole world is doing, at least the whole of Europe!"

Two votes on the rule found a majority of Premier Leagueclubs were against the rule being extended with those nearer the bottom of the table fearing it gave the bigger clubs with better squads an even greater advantage.

"I thought from a common sense point of view that for this year, only this year not forever, that we would have 20 and five," added Klopp. "What I really don't like is that we deal with this thing based on the wrong facts.

"It is not about having advantages, it is about player welfare and about having the highest quality in the games for all teams. I was really surprised when I heard the league decided against it."

Manchester City, Chelsea and Manchester United are all expected to pose a much stiffer title challenge to Liverpool after they romped to a first league title in 30 years last season.

However, Klopp warned his side cannot look further ahead than Saturday's visit of a Leeds side returning to the Premier League for the first time in 16 years.

Marcelo Bielsahas earned hero status in Yorkshire for ending Leeds' wait for return to the top-flight and Klopp admitted to being an admirer of the Argentine.

"I admire him but I was never close enough to him," said Klopp. "He is maybe the hardest working of all of us. We all work hard but I don't think we can compete with him in that area.

"What he is doing he sticks to it and really pushed it through and is successful, so it makes him a really interesting figure in this business."

Liverpool Jurgen Klopp English Premier League Football
Get the latest updates on IPL Auction 2023 and check out  IPL 2023 and Live Cricket Score. Like us on Facebook or follow us on Twitter for more sports updates. You can also download the NDTV Cricket app for Android or iOS.