The Premier League fixtures for the 2020-21 season have been announced, and defending champions Liverpool will take on newly promoted Leeds in their first match. 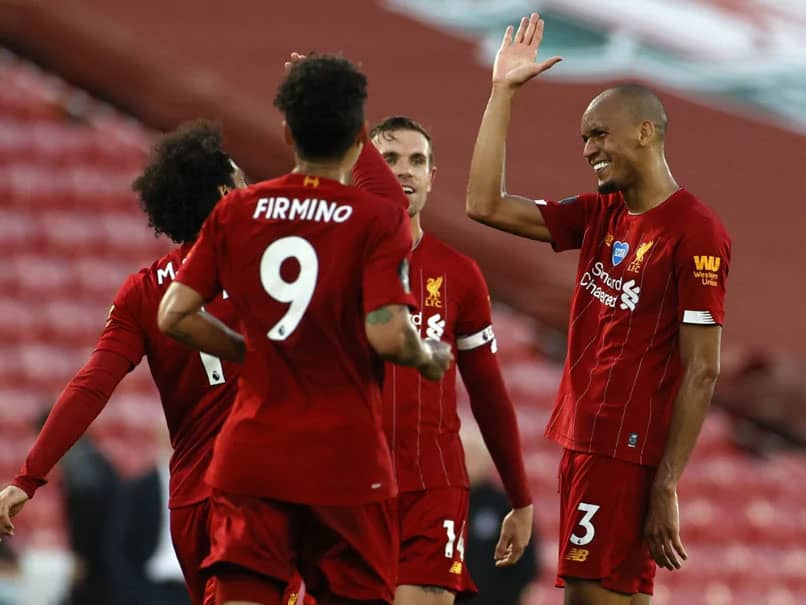 Liverpool will take on Leeds at Anfield to kick off their 2020-21 season.© AFP

Leeds' first Premier League game for 16 years will see Marcelo Bielsa's men travel to defending champions Liverpool, while Manchester City and Manchester United will miss the opening weekend to give them extra time to recover from a late end to the 2019/20 season. All sides were guaranteed by the football authorities to have at least 30 days off between the two seasons after the late finish to the campaign caused by a three-month stoppage due to the coronavirus pandemic.

City and United were eliminated from the Champions League and Europa League respectively last weekend, three weeks after the end of the Premier League season.

Chelsea and Wolves will start their seasons on Monday, September 14th after they too were involved in European competition into August.

Leeds are back in the top-flight for the first time since 2003/04, but could not have asked for a tougher start, on September 12 against the champions who have not lost a league game at Anfield in more than three years.

Tottenham host Everton, Arsenal travel to newly-promoted Fulham and Chelsea are away to Brighton on the opening weekend.

City and Liverpool are scheduled to meet on the weekends of November 7 at the Etihad and February 6 at Anfield.

Jurgen Klopp's men do not face traditional rivals Manchester United until 2021 with the Red Devils visiting Anfield on January 16 and Liverpool heading to Old Trafford on May 1.

Chelsea Football
Get the latest updates on India vs Australia Series, check out the India vs Australia Schedule for 2020-21 and Ind vs Aus live score . Like us on Facebook or follow us on Twitter for more sports updates. You can also download the NDTV Cricket app for Android or iOS.