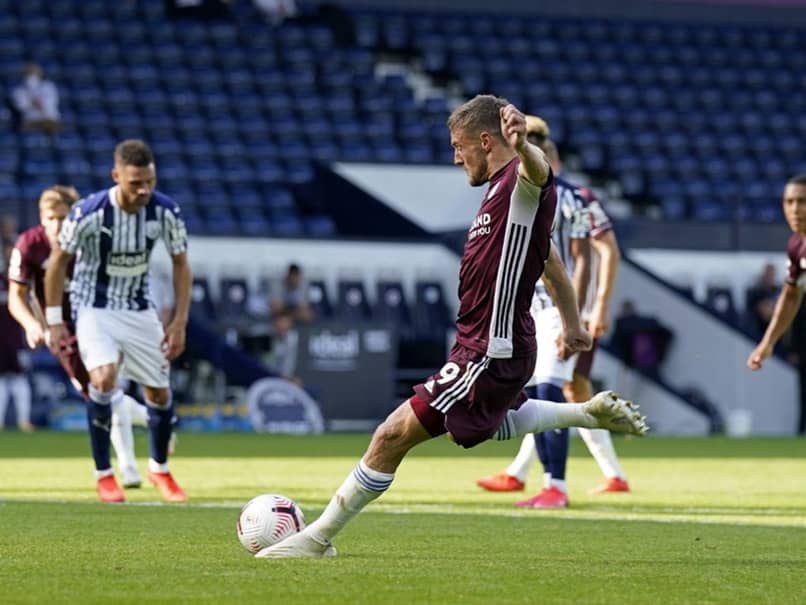 Leicester bounced back from a disappointing end to last season to get their new campaign off to a winning start as Jamie Vardy scored two penalties in a 3-0 win at West Brom. Belgian international Timothy Castagne opened the scoring on his debut as West Brom were given a harsh lesson on the step up in quality they face on their return to the Premier League. Leicester won just two of their last 10 games to miss out on a place in the Champions League on the last day of last season and Brendan Rodgers had voiced his frustration at a lack of funds to help their chances of success in four competitions this season.

But the one new signing the Foxes have added made a big impact as Castagne's towering header from Dennis Praet's cross opened the floodgates 11 minutes into the second half.

Despite Leicester's drop-off in the second half of the campaign, Vardy still won the Premier League's golden boot last season and the 33-year-old launched his challenge to be top scorer once more with two expertly taken spot-kicks in the final 16 minutes after he and James Justin had been felled inside the area.

On Saturday, Arsenal kicked off the new Premier League season with a 3-0 rout of newly promoted Fulham, with debutants Willian and Gabriel Magalhaes impressing for the Gunners at Cravern Cottage.

Defending champions Liverpool also started their title defence with win, albeit a nervy one, as they overcame Marcelo Bielsa's Leeds 4-3 at Anfield, with Mohamed Salah scoring a hat-trick.

West Bromwich Albion Jamie Vardy Timoty Castagne Football
Get the latest updates on IPL 2020, check out the IPL Schedule for 2020 and Indian Premier League (IPL) Cricket live score . Like us on Facebook or follow us on Twitter for more sports updates. You can also download the NDTV Cricket app for Android or iOS.