Ryan Mason left the field on a stretcher while receiving oxygen during Hull City's Premier League clash against Chelsea, before being taken to the nearby St Mary's Hospital in west London 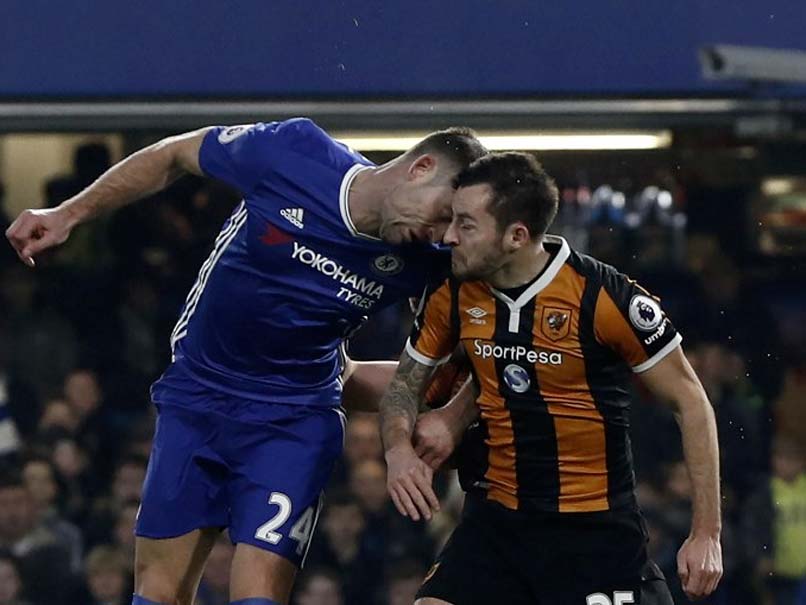 Ryan Mason (R) had to be rushed to the hospital after a clash of heads with Gary Cahill (L).© AFP

Hull City midfielder Ryan Mason is in a stable condition following an operation on his fractured skull, the club stated hours after the player was rushed to hospital after a sickening clash of heads with Chelsea's Gary Cahill during the two clubs' Premier League meeting at Stamford Bridge on Sunday. The duo collided after 14 minutes of the game, following which Mason left the field on a stretcher while receiving oxygen before being taken to the nearby St Mary's Hospital in west London.

Play was halted for more than five minutes after the incident, with the medical staff of both clubs rushing out to attend to the two players.

Cahill recovered from his knock and later went on to score Chelsea's second goal in the 2-0 win, but concerns remained over Mason's injury.

Several hours after the final whistle a Hull statement said: "The club can confirm that Ryan Mason sustained a skull fracture in our fixture at Chelsea this afternoon.

"He was taken to St Mary’s Hospital where he has undergone surgery.

"Ryan is in a stable condition and is expected to remain in hospital for the next few days.

"Everyone at the club would like to express their sincere thanks for the excellent and swift care given to Ryan by both the Accident and Emergency department and Neurosurgery Unit at St Mary’s Hospital.

"A further update will be issued tomorrow (Monday)."

Immediately after the match Marco Silva, the manager of second-bottom Hull, said he hoped Mason had avoided a serious injury.

"Ryan Mason at this moment is staying in the hospital. I don't know more news about this," Silva said.

"I hope nothing special, nothing serious, but at this moment the player stays in hospital."

"Everyone at Chelsea wants to wish for him the best," he said.

"It was a bad accident with Gary and, I must be honest, after the first half also Gary wasn't really good. He decided to continue the game.

"It was very bad this accident. Everyone at Chelsea, we hope to see him very soon on the pitch and to recover very soon."

Comments
Topics mentioned in this article
Football Chelsea Hull City Tigers Ryan Mason English Premier League
Get the latest updates on IPL Auction 2023 and check out  IPL 2023 and Live Cricket Score. Like us on Facebook or follow us on Twitter for more sports updates. You can also download the NDTV Cricket app for Android or iOS.