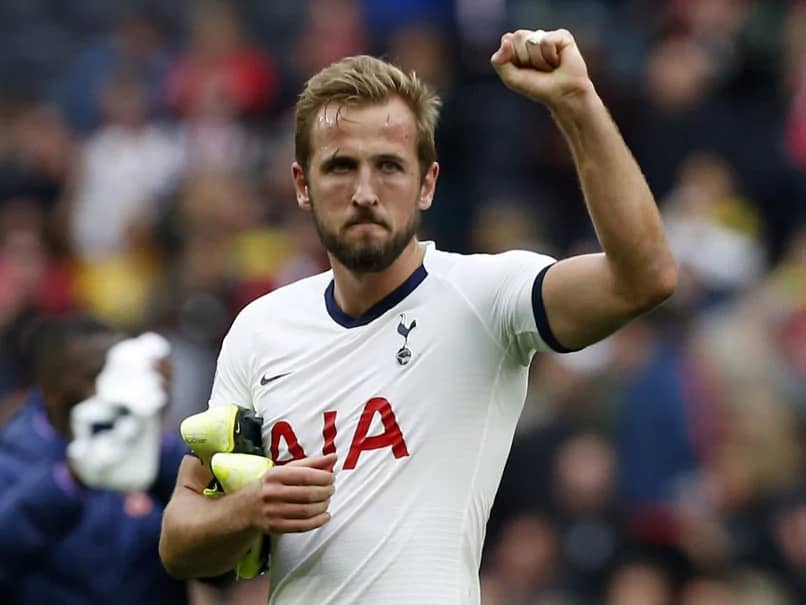 Harry Kane will be fit to resume following nearly 6 months off with a serious hamstring injury.© AFP

Harry Kane hopes Tottenham can benefit from focusing solely on the Premier League when the battle for a place in next season's Champions League resumes. The English top-flight is set to restart on June 17, with Jose Mourinho's Spurs hosting his former club Manchester United two days later. Tottenham have nine games to try and force their way into the Champions League places.

Mourinho's men are seven points off the top four, but fifth could be enough if Manchester City's appeal against a two-season European ban is rejected.

Win their first game back and Spurs would be just a point behind fifth-placed United.

"From our point of view we are not in any of the other competitions so we have got nine games to concentrate on picking up as many points and try and get into the Champions League spots," Kane told Sky Sports News.

"So at least all our focus is going to be on one competition."

Kane will be fit to resume following nearly six months off with a serious hamstring injury.

He added: "It feels like a pre-season, it has been good so far. I was doing individual training for a while and almost got to a stage where I was back with the team and then we had to stay at home.

"It's been a chance for me to get fit. It has been six months since I have played a game so I haven't done that since I was about five years old."

Spurs stepped up preparations for the restart by staging an 11 v 11 training match at the Tottenham Hotspur stadium on Friday.

Earlier this week, the North London club confirmed that one individual had tested positive for coronavirus, but did not say if it was a player or member of staff.

Manchester United Harry Kane English Premier League Football Jose Mourinho
Get the latest updates on India vs Australia Series, check out the India vs Australia Schedule for 2020-21 and Ind vs Aus live score . Like us on Facebook or follow us on Twitter for more sports updates. You can also download the NDTV Cricket app for Android or iOS.