Premier League: Harry Kane Admits He Has Been Below Par For Tottenham

Harry Kane ended a five-game goalless run for club and country when he put his side ahead from the penalty spot in a 2-1 win at Brighton. 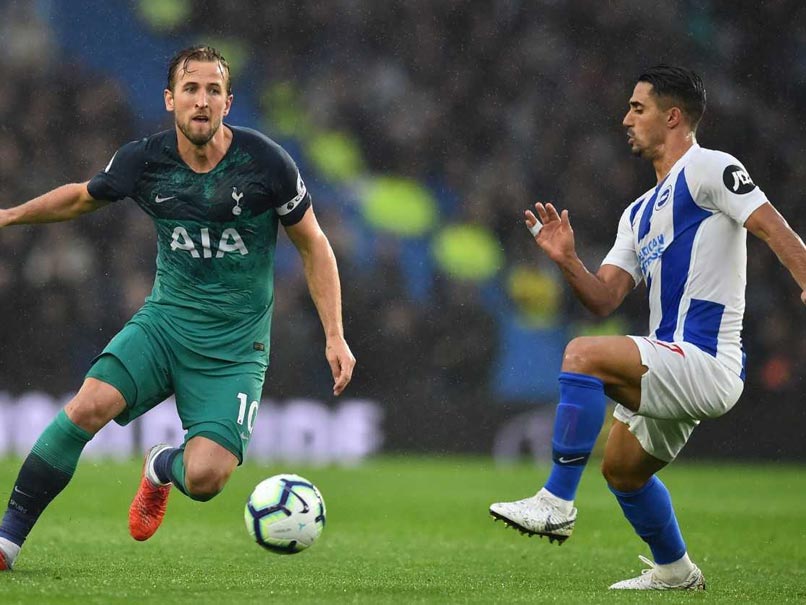 Harry Kane admits he has fallen below his own high standards this season but said he welcomes the intense public scrutiny of his game. The Tottenham striker ended a five-game goalless run for club and country when he put his side ahead from the penalty spot in a 2-1 win at Brighton -- a result that also ended a three-game losing streak for Spurs. Kane converted a first-half penalty in typically cool fashion to take him level with Jermain Defoe on 143 goals for the club. The fitness and form of the England captain has been a hot topic in recent weeks, with suggestions he has looked jaded, but he seemed closer to his best at Brighton.

"I would 100 per cent rather have the focus than not have it," Kane said of the analysis of his form by fans and media.

"I have scored three goals this season, which is not terrible. Obviously, when you set standards in other seasons and other games, people will talk if you do not reach them and I am the first to analyse my game and see what I could do better.

"Of course, I feel I could have done better in most games this season. Brighton was probably the first game I was truly happy with my all-round performance."

The 25-year-old said strikers are under the microscope more than other players.

"As a striker, you go through good spells, bad spells," he said. "The most important thing for me is to work hard for the team, to do a good shift for the team. I am always pleased to score.

Kane said the Tottenham players are in good physical shape despite the demands of the World Cup.

"A lot of us played in the World Cup and a lot of people have been talking about that but we all feel fit and sharp," he said.

Tottenham Hotspur Harry Kane English Premier League Football
Get the latest updates on T20 World Cup, check out the T20 World Cup Schedule and Live Score . Like us on Facebook or follow us on Twitter for more sports updates. You can also download the NDTV Cricket app for Android or iOS.