Joe Hart signed with Tottenham Hotspur on a free transfer for two years. 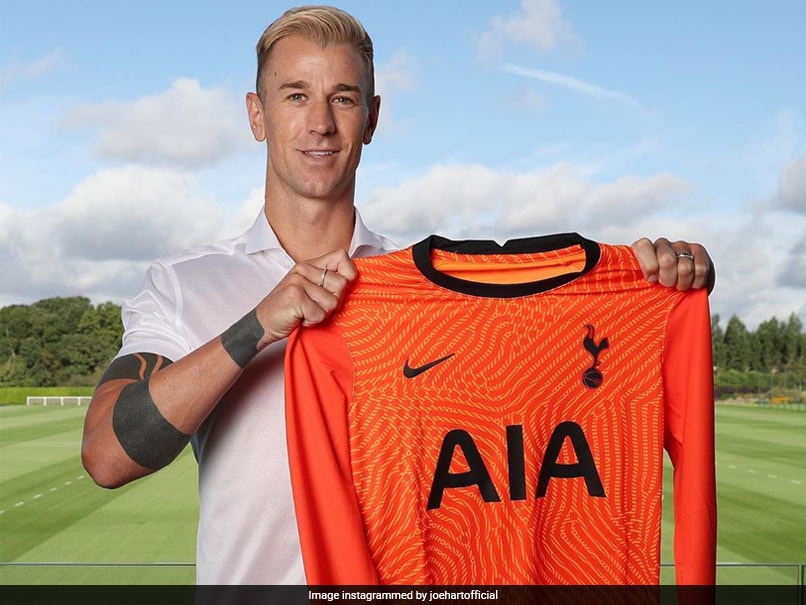 Former England number one goalkeeper Joe Hart will compete to be number two choice to Hugo Lloris after signing for Tottenham Hotspur on a free transfer on Tuesday. The 33-year-old signed a two-year contract with Spurs with the club reportedly agreeing to pay him 50,000 pounds ($66,000) a week, the same as his wages in an unsuccessful spell with Burnley. "We are delighted to announce the signing of Joe Hart on a contract until 2022," read a Spurs statement on their website.

Hart will compete with Paulo Gazzaniga to sit on the bench -- and get the nod for either League Cup or Europa League ties -- as understudy to Lloris, whose own form was far from consistent last season.

He did excite interest form a variety of clubs ranging from newly-promoted Premier League side Leeds United to second-tier Derby County and Scottish champions Celtic.

Hart's fall from grace has been dramatic -- set in train by Pep Guardiola's arrival as Manchester City manager in 2016.

Guardiola made clear Hart -- who won two Premier League titles, two League Cups and an FA Cup with City -- was not his type of goalkeeper and sent him on loan to Italian side Torino and then to West Ham.

He finally found a more permanent home with Burnley in 2018 but ended up as number two to Nick Pope last season.

Hart's international career suffered accordingly as he also lost his undisputed number one spot and was not even selected for the 2018 World Cup squad.

Tottenham Hotspur English Premier League Football
Get the latest updates on Fifa Worldcup 2022 and check out  Fifa World Cup Schedule, Stats and Live Cricket Score. Like us on Facebook or follow us on Twitter for more sports updates. You can also download the NDTV Cricket app for Android or iOS.