Everton finished 12th in the Premier League last season and have slipped to ninth this season after a bright start to the campaign took them top in October. 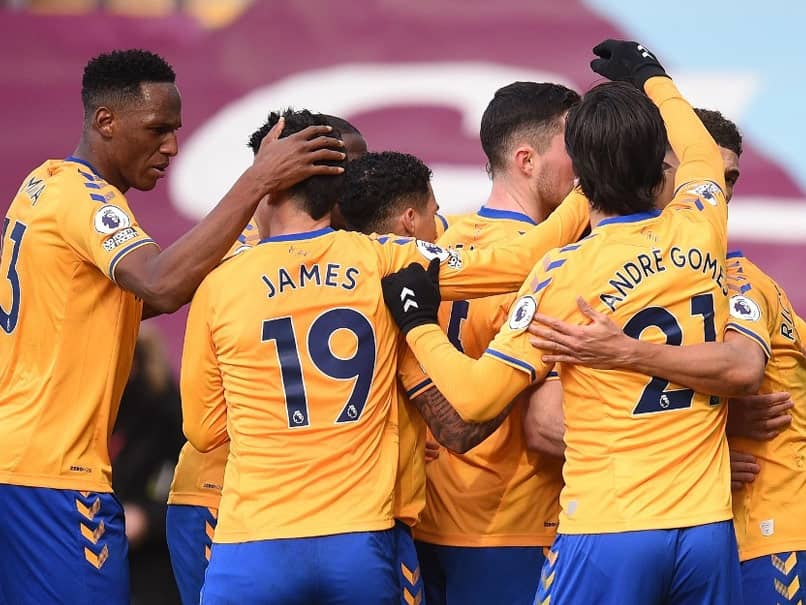 Everton players celebrate a goal in their recent draw against Burnley.© AFP

Everton have announced club record losses of 139.9 million pound (186 million dollars) after the implications of the coronavirus pandemic significantly impacted revenues. The Toffees said the impact of Covid-19 amounted to an unforeseen loss of 67.3 million pounds due to a cut in matchday revenue and television rebates. However, the figures show Everton would still have made a huge loss without the disruption of the pandemic after also posting a then-record loss of 111.8 million pounds last year. The club spent 113 million pounds on new players for the 2019/20 season and have splashed another 70 million pounds in the most recent transfer window as well as recruiting Carlo Ancelotti as manager on a lucrative four-and-a-half-year deal in December 2019.

The sacking of former manager Marco Silva and his coaching staff a year ago amounted to 6.6 million pounds in compensation costs, while another 20 million pounds was spent on preparation for a new stadium.

Everton chief executive Denise Barrett-Baxendale said: "The impact of Covid-19 having a profound, wide-reaching and material impact on our figures.

"Prior to the pandemic, we were forecasting record revenues in excess of 200m pounds. Our final accounts show that a significant proportion of our losses have been directly attributable to the pandemic."

To help offset the losses majority shareholder Farhad Moshiri pumped in 50 million pounds of his own money during the last financial year up to June 2020 and has already put in a further 50 million pounds since.

That took his investment in the club since assuming control in February 2016 to 400m pounds with plans for a further 50m pounds to be injected by the end of this season.

Everton finished 12th in the Premier League last season and have slipped to ninth this season after a bright start to the campaign took them top in October.

Everton English Premier League Football
Get the latest updates on IPL 2021, IPL Points Table , IPL Schedule 2021 , live score . Like us on Facebook or follow us on Twitter for more sports updates. You can also download the NDTV Cricket app for Android or iOS.