With nine minutes remaining, substitute Danny Ings fired home after Southampton were awarded a spot-kick, with Brighton players claiming the foul took place outside the area. 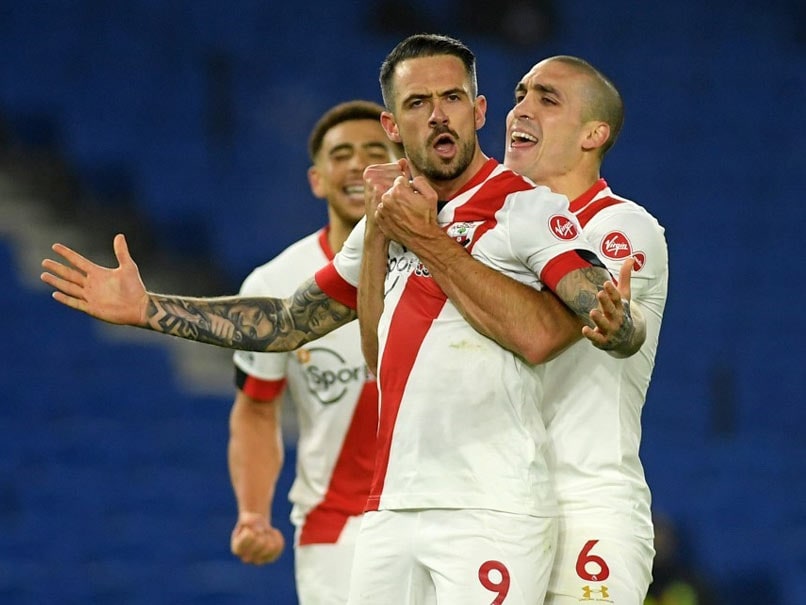 Danny Ings returned from injury to score a controversial winner from the penalty spot as Southampton came from behind to beat Brighton 2-1 on Monday and climb to fifth in the Premier League. Brighton took the lead from the spot, with Pascal Gross sending goalkeeper Alex McCarthy the wrong way after James Ward-Prowse handled the ball in the area. Ralph Hasenhuttl's men found an equaliser just before half-time, when Jan Vestergaard produced a towering header from a Ward-Prowse corner. Then, with nine minutes remaining, substitute Ings fired home after Southampton were awarded a spot-kick, with Brighton players claiming the foul took place outside the area.

Hasenhuttl was delighted to see his team grind out a win while not at their best.

"I didn't see the first penalty," he said. "For the second one, that is why we have VAR, especially when it is about decisions if it is in or not then you need this.

"I think it was clear inside the box. It is not nice to get a penalty against you but the decision from what I have seen was relatively clear."

Brighton started the match brightly in front of 2,000 supporters -- back in the stadium for the first time in nine months after the easing of coronavirus restrictions.

They took the lead in the 26th minute when referee David Coote pointed to the spot after a Danny Welbeck cross hit the raised arms of Ward-Prowse and Gross converted.

Brighton looked to get forward at every opportunity while Southampton struggled to get going but Saints were level just before the break.

Ward-Prowse continued his impressive record from set-pieces, crossing the ball from a corner for Vestergaard to head past powerfully past Mat Ryan.

Ings, who had been out of action for five weeks, was brought on at the start of the second half.

With 13 minutes to go, Kyle Walker-Peters was brought down by Solly March. The referee initially awarded a free-kick before a lengthy VAR intervention changed the decision to a penalty.

Ings made no mistake and his side held on for the victory, which lifts Southampton to 20 points, one behind fourth-placed Leicester. Brighton stay 16th on 10 points.

"I don't know if there was a second but that's what the referee seemed to think," he told Sky Sports.

"I thought it was quite an even game so I'm disappointed with the result. If it's factual and the offence is inside and they've proved that's the case, then that's what Qit's there for and it's what you have to accept."

Brighton & Hove Albion Danny Ings English Premier League Football
Get the latest updates on ICC T20 Worldcup 2022, check out the Schedule and Live Score. Like us on Facebook or follow us on Twitter for more sports updates. You can also download the NDTV Cricket app for Android or iOS.