The Norwich City player and the other individual, who has not been named, are the only two cases from 1,200 tests taken on Thursday and Friday. 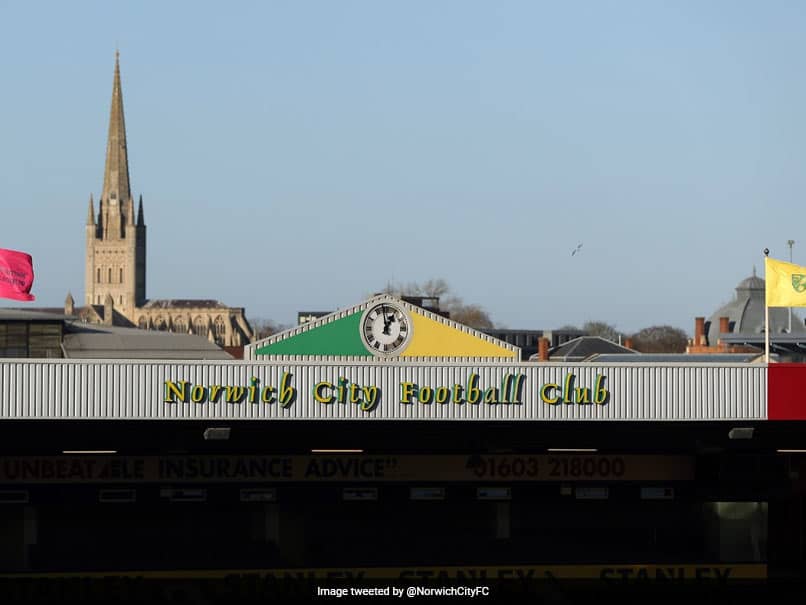 Norwich City confirmed that one of their players had tested positive for coronavirus.© Twitter

Two Premier League clubs on Saturday revealed that two individuals had tested positive for coronavirus with rock-bottom Norwich confirming an unnamed player is one of them. "Norwich City can confirm that one of its players has returned a positive test result following the recent round of COVID-19 testing," said a club spokesman. "In line with the Premier League's protocols, the player will now self-isolate for a period of seven days before being tested again at a later date. "The club will not name the player in question and asks that his request for privacy and confidentiality are respected at this time."

Norwich City will return to action against Southampton on June 19.

The player and the other individual, who has not been named, are the only two cases from 1,200 tests taken on Thursday and Friday.

"The Premier League can today confirm that on Thursday 11 June and Friday 12 June, 1,200 players and club staff were tested for COVID-19. Of these, two have tested positive from two clubs," England''s top-flight said in a statement.

The new confirmed cases take the total of positive cases to 16, from 8,687 tests carried out. It is a slight increase in the recent number of positive tests, with the previous four rounds of testing having returned just two positive cases between them.

Norwich City English Premier League Football
Get the latest updates on IPL 2020, check out the IPL Schedule for 2020 and Indian Premier League (IPL) Cricket live score . Like us on Facebook or follow us on Twitter for more sports updates. You can also download the NDTV Cricket app for Android or iOS.