Claudio Ranieri was in charge for just 16 league games but won only three matches. 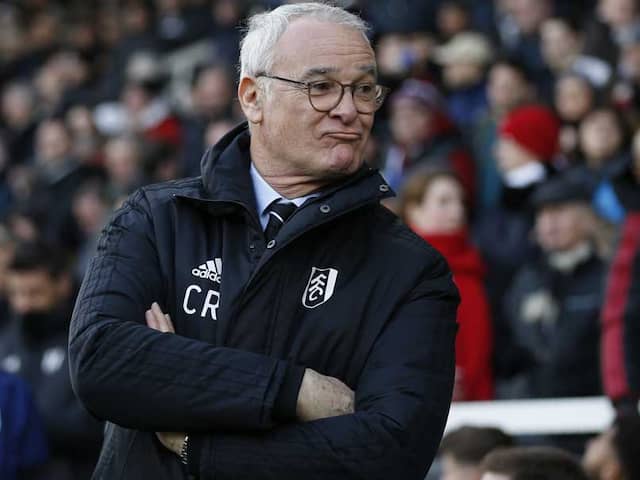 Claudio Ranieri's short, unsuccessful spell as manager of Premier League strugglers Fulham came to an end on Thursday, the club announced. The 67-year-old Italian, who memorably guided Leicester City to the 2016 Premier League title, failed to ignite a revival in the club after he replaced the sacked Slavisa Jokanovic in November.

He was in charge for just 16 league games but won only three, and Wednesday's defeat to Southampton left them second from bottom, 10 points adrift of safety with 10 matches remaining.

"Following our discussion this afternoon, Claudio Ranieri agreed to my decision that a change was in the best interest of everyone," said Fulham chairman Shahid Khan in a statement.

Khan, whose investment of over £100million in new players in the close season after they were promoted to the Premier League has backfired spectacularly, said Ranieri behaved like a "perfect gentleman" during the talks.

"Claudio's tenure at Fulham didn't produce the outcome we anticipated and needed when I appointed him as manager in November, but be assured he is not solely to blame for the position we are in today," said Khan.

Ranieri, who was sacked by Leicester months after their fairytale success, said he was sad the good start the club had made under his charge had not been maintained.

"I am obviously disappointed with the recent results and that we could not build on the good start we made following my appointment," said Ranieri, who took over at a time when Fulham had secured just one point from their previous eight matches.

Khan added former England midfielder Scott Parker -- who ended his playing career at Fulham -- is to be the caretaker manager.

"Scott's immediate assignment is merely to help us stabilise, grow and rediscover ourselves as a football club," said Khan.

"If Scott can answer that challenge, and our players respond to the opportunity, perhaps victories will follow in the months ahead."

Ranieri is the sixth Premier League manager to lose his job this season and comes just days after Claude Puel was sacked by Leicester -- Jokanovic, Mark Hughes (Southampton), Jose Mourinho (Manchester United) and David Wagner (Huddersfield) being the other casualties.

Comments
Topics mentioned in this article
Claudio Ranieri Football English Premier League
Get the latest Cricket news, check out the India cricket schedule, Cricket live score . Like us on Facebook or follow us on Twitter for more sports updates. You can also download the NDTV Cricket app for Android or iOS.