Chelsea's third league win this season was just reward for a dominant display that backed Frank Lampard's belief his raw team can challenge for a top four finish. 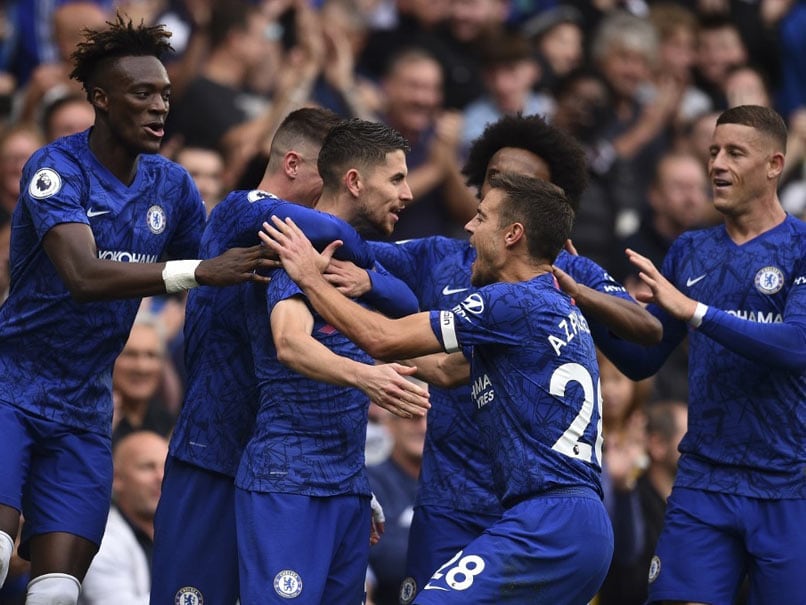 Frank Lampard finally earned his first home Premier League win as Chelsea manager after goals from Jorginho and Willian sealed a 2-0 victory against Brighton on Saturday. Frank Lampard had presided over two draws and a defeat in the league at Stamford Bridge since the Blues legend was hired from Derby in the close-season. A League Cup thrashing of minnows Grimsby in midweek was Lampard's only win on home turf until Jorginho's second half penalty broke Brighton's resistence. Willian bagged the second goal to guarantee Chelsea that avoided failing to win their opening four home league matches for the first time since 1986-87.

Chelsea's third league win this season was just reward for a dominant display that backed Lampard's belief his raw team can challenge for a top four finish.

Giving further encouragement to Lampard, the Blues kept a clean-sheet for the first time in 10 games in all competitions this term.

Brighton have now lost all nine league meetings with Chelsea, setting a new Football League record for most games played against one opponent with a 100 percent losing record.

Graham Potter's team are winless in six league matches and sit just above the relegation zone.

Chelsea were without N'Golo Kante after he complained of a hamstring niggle following training on Friday, but the France midfielder wasn't missed in this one-sided encounter.

Abraham's clever movement made him a constant threat in the early stages, especially when it was linked with Mount's passing.

Despite their bright start, Chelsea would have been behind against the run of play if Kepa Arrizabalaga hadn't alertly raced off his line to save Neal Maupay's shot on the edge of the area.

That escape came moments after Chelsea left-back Marcos Alonso had got away with only a booking after catching Martin Montoya with his elbow.

It was the reprieved Alonso who laid on a golden opportunity for Chelsea to take the lead when his teasing cross reached Ross Barkley at the far-post, only for Ryan to make a superb save to keep out the midfielder's close-range volley.

Chelsea finished the half by spurning two more gilt-edged chances.

Lampard's men had 17 shots and 61 percent of the possession in the first half.

They needed just five minutes to make their pressure pay off after half-time thanks to Brighton's suicidal over-playing in defence.

Adam Webster was the guilty party with a miscued back-pass inside his own area that Mount seized on, provoking a clear foul by the panicked Albion defender.

Barkley had missed from the spot in Chelsea's recent Champions League defeat against Valencia and it was no surprise that Jorginho resumed penalty duties, the Italy midfielder slotting home his first league goal of the season with ease.

Winger Callum Hudson-Odoi, back from a ruptured Achilles, came on for his first league appearance since April.

Brighton were inches away from equalising when Dan Burn flicked a header against the post.

But Willian wrapped up the points in the 76th minute when he burst onto Hudson-Odoi's pass and drilled a powerful effort that deflected off Burn's foot and beat Ryan at his near post.

Brighton & Hove Albion English Premier League Football
Get the latest updates on SA vs IND 2021-22, check out the Schedule and Live Score . Like us on Facebook or follow us on Twitter for more sports updates. You can also download the NDTV Cricket app for Android or iOS.