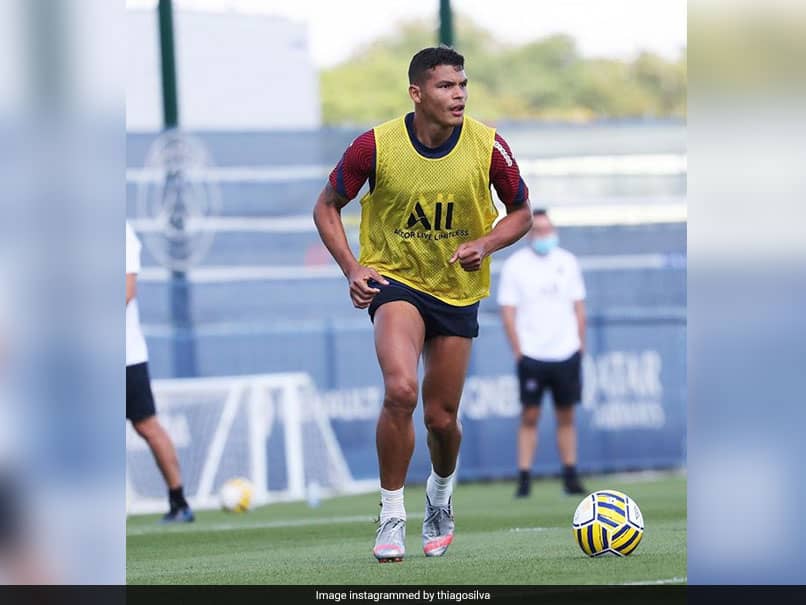 Frank Lampard's Chelsea makeover gathered pace on Friday with the free transfer signing of former Paris Saint Germain captain Thiago Silva. Silva, 35, has agreed an initial one-year contract with the Premier League club, who have the option of extending the deal by a further season. "I am so happy to be joining Chelsea. I am delighted to be a part of Frank Lampard's exciting squad for next season and I'm here to challenge for honours," Silva told Chelsea's website. "See you soon Chelsea fans, I look forward to playing at Stamford Bridge very soon."

The former AC Milan centre-back represents a departure from Chelsea's usual protocol of focusing major signings yet to reach their peak.

But Lampard moved quickly to bolster a defence that conceded more Premier League goals than any other team in the top 10.

Silva won seven Ligue 1 titles with PSG and will be expected to provide experience and leadership at the heart of Lampard's defence.

"We are delighted to be able to add a player of Thiago Silva's proven world-class credentials to our squad," Chelsea director Marina Granovskaia said.

"Having performed at the highest level for many years, we have no doubt his experience and quality will complement the many exciting talents we already have here.

"Thiago will be an excellent fit and we hope he can add some new trophies to his impressive list of honours."

Silva is the latest new arrival at Stamford Bridge as Lampard rebuilds a side that finished fourth in the top-flight last season, 33 points behind champions Liverpool, and lost the FA Cup final against Arsenal.

Chelsea are also expected to sign Bayer Leverkusen forward Kai Havertz shortly in a 90 million pound ($119 million) deal that would take their total spend in the summer window to a Premier League record 230 million pound.

Lampard's new recruits could make their debuts in Chelsea's Premier League opener at Brighton on September 14.

Paris SG English Premier League Football
Get the latest updates on IPL 2021, IPL Points Table , IPL Schedule 2021 , live score . Like us on Facebook or follow us on Twitter for more sports updates. You can also download the NDTV Cricket app for Android or iOS.