Premier League: Chelsea moved into the top four after a 0-0 draw with Brighton on Wednesday, a game overshadowed by protests against European Super League. 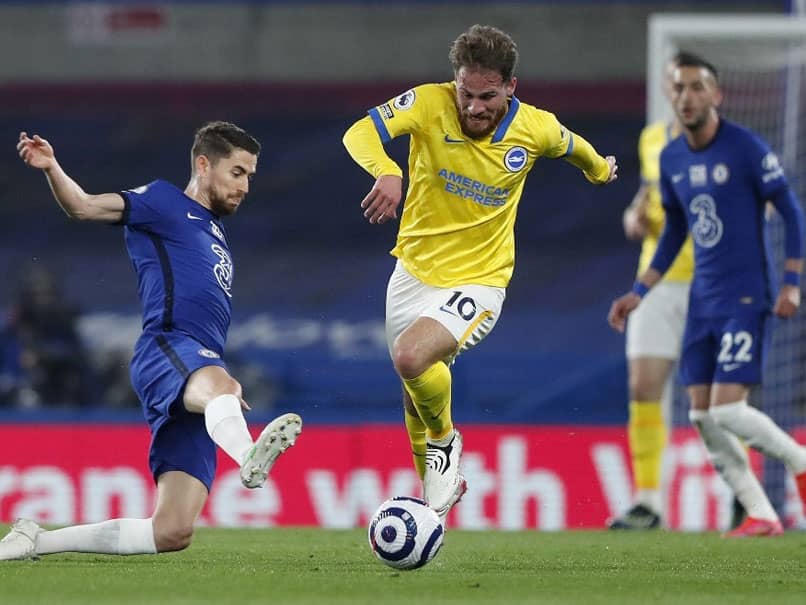 Chelsea moved into the Premier League's top four after a 0-0 draw against Brighton on Tuesday, but the result was completely overshadowed by the club's role in derailing the controversial European Super League. Just before kick-off at Stamford Bridge, it was widely reported that Chelsea owner Roman Abramovich had decided to withdraw from the controversial breakaway plan. While there was no official confirmation from the club, the Blues were understood to be preparing documents to formally quit the tournament. They later confirmed their exit from the Super League.

Barcelona, Real Madrid, Atletico Madrid, Juventus, AC Milan and Inter Milan are the only remaining members of a Super League that crumbled before a match was ever played.

Against that dramatic backdrop, Chelsea produced a flat performance, although the draw saw Thomas Tuchel's side move into fourth place above West Ham on goal difference.

"We talk of nothing else but Super League before the match. I was affected so I think the players were affected," Tuchel said.

"The situation was not clear. I was informed like you were informed. You have to accept the distraction.

"We tried to create an atmosphere to win the game but could not. We looked mentally tired."

Chelsea visit West Ham on Saturday in a crucial clash in the race to qualify for next season's Champions League.

Just hours before kick-off, it seems Chelsea would not have to worry about qualifying for Europe thanks to their invitation to the closed-door Super League.

But after resounding condemnation from across the political and sporting spectrum, Chelsea are set to walk away.

While Stamford Bridge remained empty due to the coronavirus pandemic, around 1,000 fans had staged an angry protest before news of the Super League meltdown broke.

The cheers when Chelsea's imminent exit became public knowledge were as loud as any that greeted goals from the Blues when they fans were last allowed into the stadium.

'The fans have won'

Chelsea supporter Dan Silver said: "I'm absolutely delighted that common sense has prevailed. The fans being at Stamford Bridge had an impact I believe.

"This is by far the best decision for the future of the beautiful game. No one should ever underestimate football fans again."

Another unnamed supporter shouted: "The fans have won."

Chelsea were believed to have initially agreed to sign up after fearing they would be left behind financially.

But they have back-tracked following furious criticism that culminated in the protest on their own doorstep.

Chelsea fans had unfurled banners reading: "RIP Football 1863 - 2021", "Created by the poor, stolen by the rich", "We want our cold nights in Stoke" and "Roman do the right thing"

Blue smoke bombs were let off and fans staged a sit-down protest in the road while police attempted to control the crowds.

Former Chelsea keeper Petr Cech, now the club's technical advisor, called on demonstrators to clear the roads to allow the team bus to reach the stadium, shouting "give us time" before being drowned out by angry fans.

By the time the players walked onto the pitch, the news had broken that the Super League scheme was in tatters.

"It felt like a monopoly trying to control the competition for profit and not the supporters. It was universal in how everyone got behind the issue. Hopefully we can move forward," Brighton boss Graham Potter said.

Tuchel's concern that his team would lose focus amid the Super League drama proved spot on in a tepid encounter.

It was Brighton who almost snatched the points in the 80th minute when Danny Welbeck's curler smacked off the far post.

Brighton had Ben White sent off for a second booking in stoppage-time, but they held on to move seven points clear of the relegation zone.

Brighton & Hove Albion English Premier League Football
Get the latest updates on IPL 2021, IPL Points Table , IPL Schedule 2021 , live score . Like us on Facebook or follow us on Twitter for more sports updates. You can also download the NDTV Cricket app for Android or iOS.