Chelsea captain Cesar Azpilicueta insists Tammy Abraham and Mason Mount will live up to their potential following their 4-0 thrashing at Manchester United. 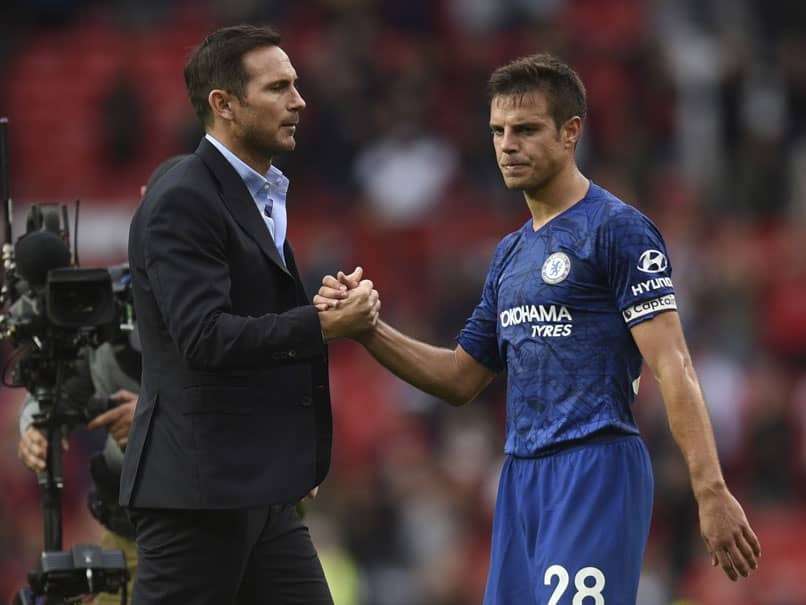 Cesar Azpilicueta has urged Chelsea to draw a line under the Manchester meltdown.© AFP

Lampard expressed surprise at Mourinho's comments and Azpilicueta made it clear he didn't agree with the assessment of two of Chelsea's more highly-rated academy graduates.

"If they are here it is because they deserve to be. They are fighting in every training session. We trust in them," Azpilicueta said.

"All the boys, they train to play for the Chelsea first team since they were young and now we have a massive opportunity to create a fantastic group, to learn from every game.

"Obviously everyone would like to start in a better way but we have to face the reality and become stronger from it."

Abraham and Mount started brightly at Old Trafford, the former rattling the post, and Chelsea were perhaps unfortunate to be trailing at the break following Marcus Rashford's penalty.

But they collapsed in the second half, making it a miserable first Premier League game in the dug-out for Chelsea legend Lampard.

Azpilicueta has urged Chelsea to draw a line under the Manchester meltdown as they head to Istanbul to face Liverpool in Wednesday's European Super Cup final.

"We know that Chelsea always fights for everything. When you don't win, the questions around get more and more but we have to cope with it," he said.

"We know that playing for Chelsea requires your best effort in every game so we have to learn from the game.

"We know that we can improve. We have to face it, take the responsibility and move forward. We have a trophy to fight for on Wednesday against a good team and we have to be ready for it."

Chelsea Football English Premier League Frank Lampard
Get the latest updates on IPL 2021, IPL Points Table , IPL Schedule 2021 , live score . Like us on Facebook or follow us on Twitter for more sports updates. You can also download the NDTV Cricket app for Android or iOS.