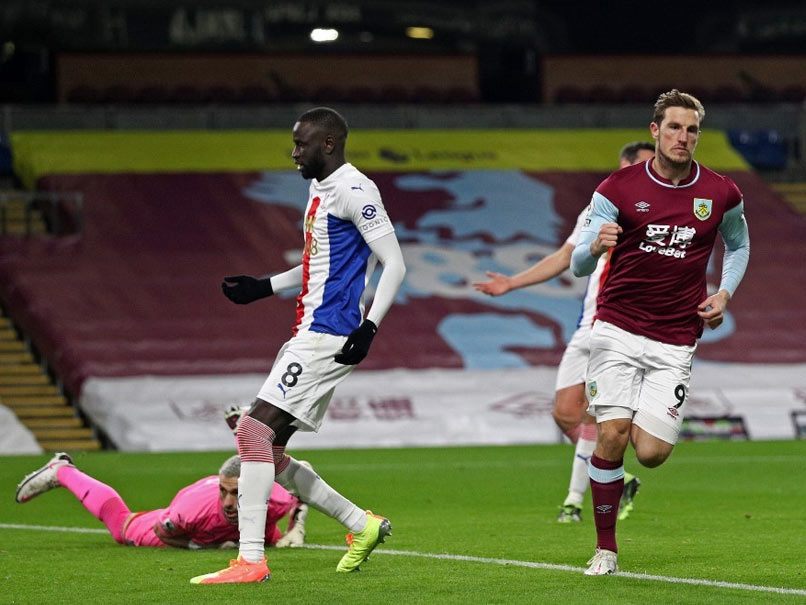 Burnley won for the first time in the Premier League this season as Chris Wood sealed a 1-0 victory against Crystal Palace, while Southampton missed a chance to go third in their 1-1 draw at Wolves on Monday. Burnley had failed to win any of their first seven games in the joint worst start to a season in the club's history. Sean Dyche's side were the only Premier League team yet to score a home goal this term until New Zealand striker Wood put them ahead in the first half against Palace.

That was enough to clinch a much-needed three points for Burnley, who climbed out of the relegation zone at the expense of Fulham.

"We created two or three golden chances, we take one and it gets a bit nervy because we hadn't found that first win. To get that one done will do us the world of good," Dyche said.

"We have got a group that can challenge. We have had a tough start but that has been coming."

Palace were missing Ivory Coast forward Wilfried Zaha after he tested positive for coronavirus and Roy Hodgson's side lacked a cutting edge without him as they slumped to a second defeat in three games.

Burnley had managed just three league goals this season and hadn't scored since October 3 when Ashley Westwood netted in a loss at Newcastle.

But Wood ended that four-game goalless run in the eighth minute when he fired home from Jay Rodriguez's flick after a poor headed clearance from Cheikhou Kouyate.

Burnley were inches away from doubling their lead through Johann Gudmundsson, whose rising strike from the edge of the area cannoned off the bar.

Michy Batshuayi should have equalised when he latched onto Dwight McNeil's wayward back-pass, but Pope was quickly off his line to block the Belgian's scuffed shot.

Pope was in superb form and he came to Burnley's rescue again in stoppage time when he somehow clawed away Christian Benteke's close-range shot.

At Molineux, Southampton were on course for a fourth successive win when Theo Walcott put them ahead in the second half.

But Pedro Neto came off the bench to equalise as fifth-placed Southampton had to settle for extending their unbeaten run to seven matches.

"I am happy. For everyone it was a tough game, tactically so demanding, it was like chess. They played 4-3-3, we didn't expect that but we found the answers," Southampton manager Ralph Hasenhuttl said.

Wolves boss Nuno Espirito Santo added: "I think it was a foul for their goal. After that it was about reacting to that incident. The boys did that. We finished the game well, creating chances."

Walcott has thrived in a central striker's role for Southampton since Danny Ings was injured and the converted winger tested Wolves keeper Rui Patricio in the first half with a snap shot.

Southampton took the lead in the 58th minute, with a touch of controversy about the goal.

Wolves were frustrated that Stuart Armstrong's barge into Rayan Ait-Nouri went unpunished in the build-up before Che Adams sent a low cross to the unmarked Walcott, who slotted home from close-range.

It was the 31-year-old's first goal for Southampton since rejoining them on loan from Everton in October.

His last league goal for Southampton came in his first spell there almost 15 years ago.

Walcott should have netted again after Adams' pass put him clean through, but this time he side-footed wide from 12 yards.

It was a crucial miss as Wolves equalised in the 75th minute as Raul Jimenez's fierce drive bounced back off the post to Neto and the substitute drove his first-time strike past Alex McCarthy.

Neto nearly snatched a winner in the closing minute when his low drive was well saved by McCarthy.

Southampton Chris Wood Theo Walcott Football
Get the latest updates on IPL Auction 2023 and check out  IPL 2023 and Live Cricket Score. Like us on Facebook or follow us on Twitter for more sports updates. You can also download the NDTV Cricket app for Android or iOS.