Sead Kolasinac and Mesut Ozil were driving along Golders Green district of London on Thursday evening. 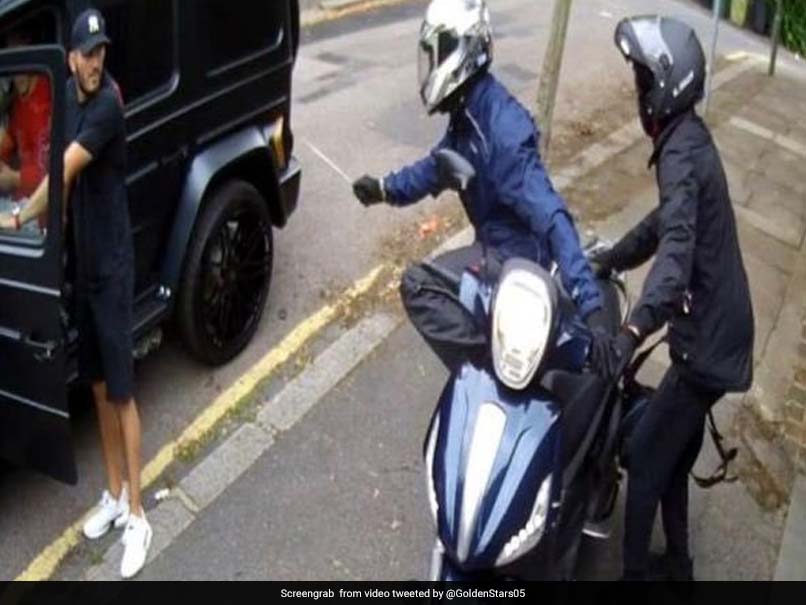 Arsenal stars Sead Kolasinac and Mesut Ozil fought off knife-wielding carjackers in a terrifying ordeal which was captured on video and circulated on social media. The footage shows Kolasinac, who plays internationally for Bosnia and Herzegovina, confronting the masked aggressors as one of them brandishes a knife. The two players were driving along Golders Green district of London on Thursday evening.

As Ozil's black Mercedes came to a stop, the robbers attempted to smash the windows with stones and a brick they had kept in a rucksack.

Watch the video of the incident here

Get yourself a friend that fights for you the way Sead Kolasinac fights and defends Mesut Ozil.
Give this guy a medal! pic.twitter.com/jzWSSuWMPA

"We have been in contact with both players and they are fine," said a spokesman for Arsenal.

Police confirmed that they had responded to reports of an attempted robbery.

"It was reported that suspects on motorbikes had attempted to rob a man who was driving a car," a spokesman for the Met Police told AFP.

"The driver, along with his passenger, managed to get away unharmed and travelled to a restaurant in Golders Green, where they were spoken to by officers.

"There have been no arrests. Enquiries continue."

Kolasinac and Ozil are not the first footballers to be targeted on London's streets.

In 2016, Andy Carroll, a former West Ham player, was threatened at gunpoint on his way home from training.

Arsenal Sead Kolasinac Mesut Ozil English Premier League Football
Get the latest updates on Fifa Worldcup 2022 and check out  Fifa World Cup Schedule, Stats and Live Cricket Score. Like us on Facebook or follow us on Twitter for more sports updates. You can also download the NDTV Cricket app for Android or iOS.