Mesut Ozil is reportedly close to signing a deal with Turkish club Fenerbahce. 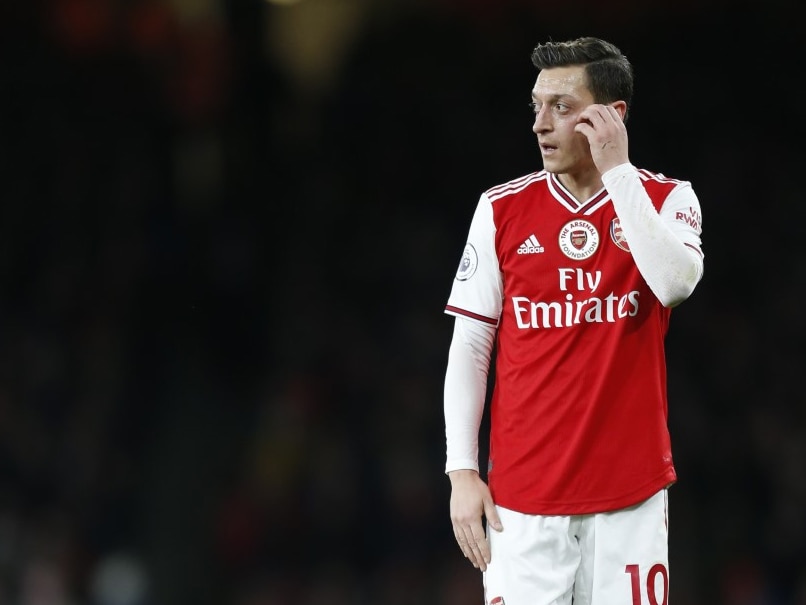 Mesut Ozil has not featured for Arsenal since football restarted amid the coronavirus pandemic.© AFP

Arsenal manager Mikel Arteta says he is open to Mesut Ozil leaving the Gunners this month afer freezing the German playmaker out of his squad this season. Despite reportedly being the highest earner at the club, Ozil has not featured since a 1-0 win over West Ham on March 7. The 32-year-old has only six months left on his contract and is now free to talk to other clubs over a pre-contract agreement for next season. However, he could bring to an end his eight-year stay in London in the coming weeks, with reports in Turkey saying Ozil is close to agreeing a deal with Fenerbahce.

"We will discuss internally what the best situation for him is for the near future, obviously with the player and the agent too, and try to find the best solution for everyone," said Arteta on Thursday.

"If something was sorted this month, it's because it is good for both parties, it is good for Mesut and his future, and it's good for the club. If that's the case, we will move forward. If it's not the case the player will stay here."

Ozil was left out of Arsenal's Premier League and Europa League squads for this season, but is free to face Newcastle in the FA Cup third round on Saturday if selected.

Clubs can make changes to those squads after the January transfer window, but Arteta hinted he is not likely to change his mind on Ozil's exclusion even if he remains at the Emirates for another six months.

"We know that we have a really important player who is one of the key players in the past few seasons for this football club," added Arteta, who played alongside Ozil for three seasons at Arsenal before retiring in 2016.

Arsenal Mikel Arteta Mesut Ozil Fenerbahce Football
Get the latest updates on ICC T20 Worldcup 2022 and CWG 2022 check out the Schedule, Live Score and Medals Tally. Like us on Facebook or follow us on Twitter for more sports updates. You can also download the NDTV Cricket app for Android or iOS.