Mesut Ozil is expected to sign a three-and-a-half-year deal with Fenerbahce, Turkish media reported on Wednesday. 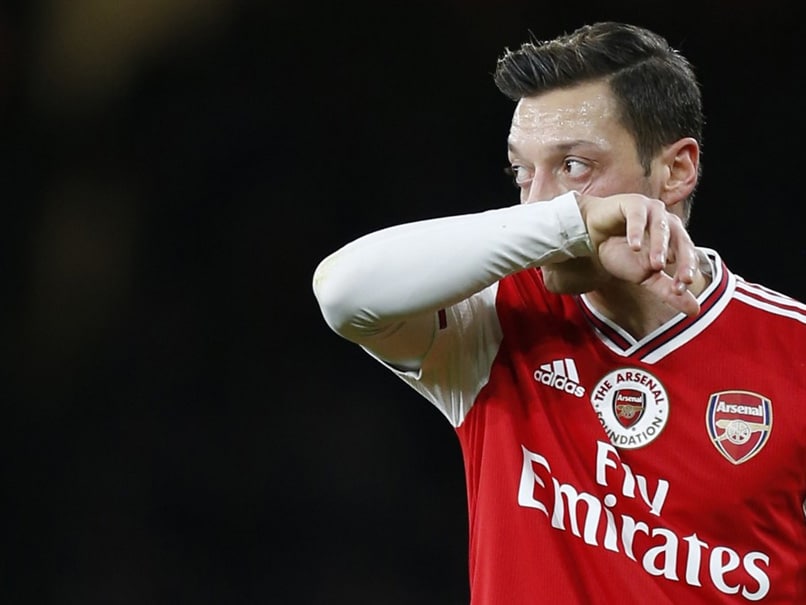 Mesut Ozil has fallen out of favour with Arsenal since the lockdown last season.© AFP

Arsenal's out-of-favour German midfielder Mesut Ozil is in advanced talks to join Istanbul club Fenerbahce, Turkish media reported on Wednesday. Ozil is expected to sign a three and a half year deal with the 19-time Turkish champions, the privately-owned DHA news agency reported. The reports came after the 32-year-old, a World Cup winner with Germany in 2014, fanned speculation by tweeting a photograph of himself in Istanbul with the words: "This city ... #throwback #Istanbul." Sports daily Fanatik reported that Fenerbahce chairman Ali Koc and team director Emre Belozoglu flew to London to persuade the player, who is of Turkish origin, to make the move.

A Fenerbahce spokesman did not immediately respond to AFP's query.

Other reports on Tuesday said Ozil was in talks with MLS side DC United.

Ozil moved to Arsenal from Real Madrid in 2013 and is the highest paid player in the Premier League club's history on a reported 350,000 pounds ($480,000) a week, but he has not played all season and does not appear to be in coach Mikel Arteta's plans.

He has expressed frustration over his treatment at Arsenal and has had a turbulent time at the north London club.

He stirred controversy in 2019 when he criticised China's treatment of the Uighur Muslim population in Xinjiang in a social media post, with Arsenal distancing themselves from his comments.

But he will apparently be earning far less at Fenerbahce as DHA and Fanatik said the proposed deal was worth five million euros ($6.1 million) a year.

Fenerbahce, one of Istanbul's three big clubs, are currently fifth in the Super Lig.

Arsenal Fenerbahce Mesut Ozil Football
Get the latest updates on ICC T20 Worldcup 2022 and CWG 2022 check out the Schedule, Live Score and Medals Tally. Like us on Facebook or follow us on Twitter for more sports updates. You can also download the NDTV Cricket app for Android or iOS.