Thomas Partey was a long-term target for Arsenal, who finally landed the Ghana international from Atletico Madrid on transfer deadline day. 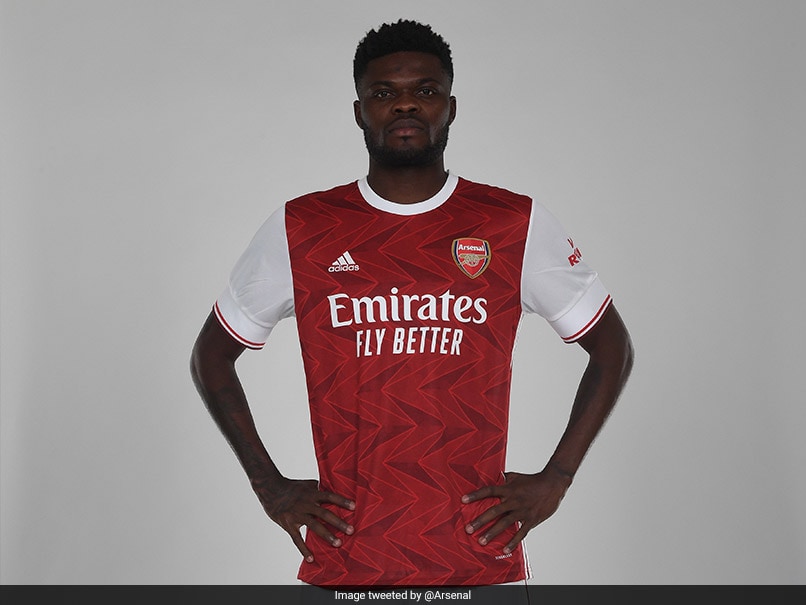 New Arsenal signing Thomas Partey has revealed seeing the club hold on to captain Pierre-Emerick Aubameyang proved to him that they are serious about matching his ambitions. Partey was a long-term target for Arsenal, who finally landed the Ghana international from Atletico Madrid on transfer deadline day as they paid his release clause, reported to be $58 million. Arsenal also added Brazil international Willian on a free transfer from Chelsea and signed defender Gabriel Magalhaes from Lille in the transfer window.

But tying Aubameyang down to a new three-year deal was seen as the best piece of business by the club, especially given the lack of Champions League football since the 31-year-old arrived from Borussia Dortmund in 2018.

Aubameyang was linked with a number of Europe's top clubs before agreeing to fresh terms as he aims to become a "legend" at Arsenal.

Asked if convincing Aubameyang to stay proved to Partey the club's ambition was similar to his own, he replied: "Yes, it helps me understand that the club wants to achieve greater things and for me, it is great to play alongside great players like him."

"This (winning the title) is our new objective. That's the objective of the club, of me myself and I think that we have to get back to where we belong."

"It's something that is difficult and we all know that it's difficult, but we're working towards it and I think we are ready. We have to go all out and try to achieve all of that ourselves."

Partey could make his Arsenal debut in Saturday's Premier League trip to Manchester City but he admits he needs to adjust to a new league and new team.

"I think there is no pressure on me," he said. "I like to challenge myself, I like new challenges and it's all about learning fast, learning quickly how it goes and you just get used to it and everything works."

Manchester City
Get the latest updates on ICC T20 Worldcup 2022 and CWG 2022 check out the Schedule, Live Score and Medals Tally. Like us on Facebook or follow us on Twitter for more sports updates. You can also download the NDTV Cricket app for Android or iOS.