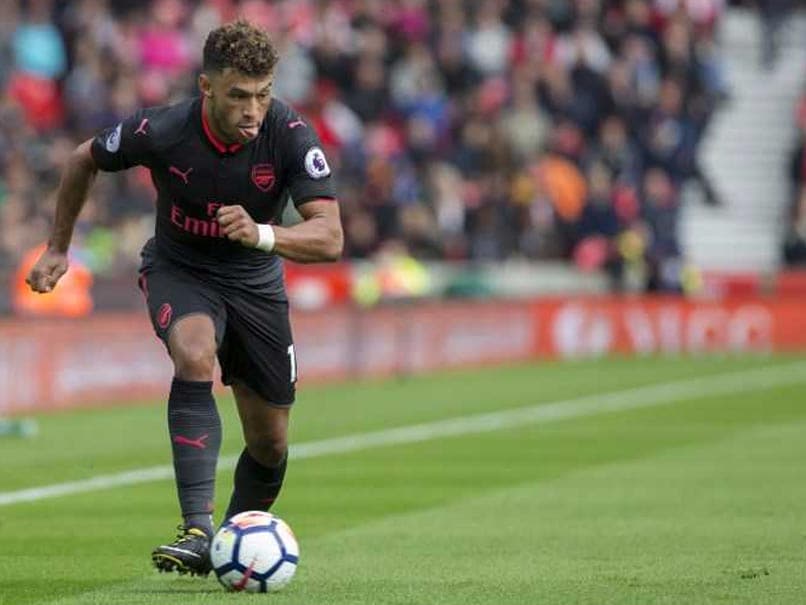 According to reports, Alex Oxlade-Chamberlain is due to discuss personal terms with Chelsea on Tuesday.© AFP

England midfielder Alex Oxlade-Chamberlain is set to join Premier League champions Chelsea from Arsenal, according to British media reports on Monday. The two clubs have, according to The Guardian, The Independent and ESPN, agreed a fee for the 24-year-old, who was substituted during the limp 4-0 thrashing by Liverpool on Sunday. The Independent claims Chelsea will part with 35million pounds (USD 45.2m, 37.7m euros) and further strain the relationship between coach Arsene Wenger and the Arsenal supporters, who have seen little improvement from the team in the early part of the season from that of last term.

Wenger had said earlier this month that he wanted Oxlade-Chamberlain -- who is with the England squad preparing for the upcoming World Cup qualifiers and is due to discuss personal terms with Chelsea on Tuesday -- to stay.

"In the last year, he has made huge progress and personally I want him to stay here for a long time," said Wenger.

"I'm convinced he will be the English player that everybody will look at in the next two years."

Arsenal will at least get a fee for Oxlade-Chamberlain, which would not have been the case had he seen out the final year of his contract -- the same situation Arsenal find themselves in with German World Cup-winner Mesut Ozil and Chilean star Alexis Sanchez.

Wenger, though, has said in the past he is willing for them to see out their contracts and go for nothing.

The Frenchman's acquisitions in the close season have done little to allay fans' scepticism over his signing of a new contract after they won the FA Cup.

Only French striker Alexandre Lacazette, for a club-record 52million pounds, and Bosnian international defender Sead Kolasinac, on a free transfer, have joined in the close season.

Chelsea have added, among others, Spanish international striker Alvaro Morata and France midfielder Tiemoue Bakayoko, and have the likes of England midfielders Danny Drinkwater and Ross Barkley still in their sights before the transfer window closes on Thursday.

Comments
Topics mentioned in this article
Arsenal Chelsea Alex Oxlade-Chamberlain English Premier League Football
Get the latest updates on SA vs IND 2021-22, check out the Schedule and Live Score . Like us on Facebook or follow us on Twitter for more sports updates. You can also download the NDTV Cricket app for Android or iOS.