Bangladesh vs Pakistan, 1st Test: Pacer Hasan Ali equalled Pakistan's record for the most five-wicket hauls in Tests in a calendar year. 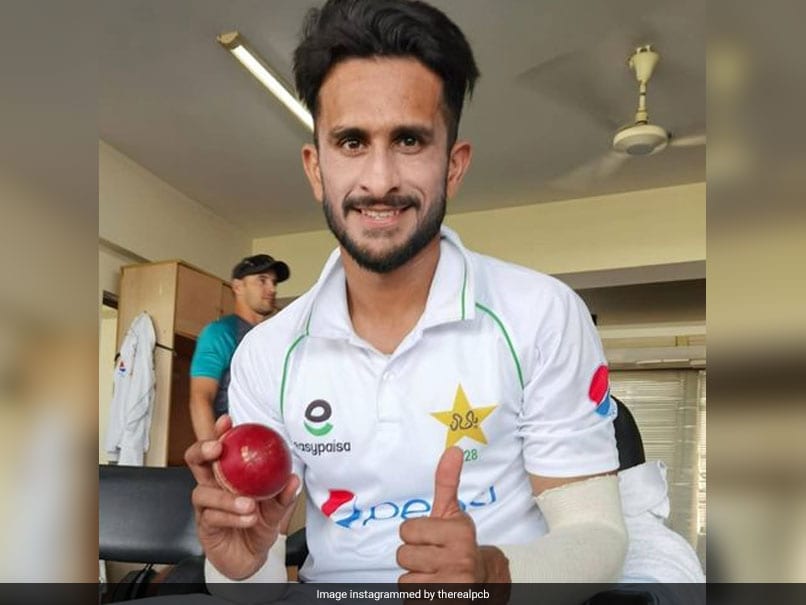 After his T20 World Cup disappointment, Hasan Aliroared back to form with an impressive five-wicket haul in the ongoing first Test versus Bangladesh at the Zahur Ahmed Chowdhury Stadium in Chattogram. With a superb bowling performance that secured him his fifth fifer of the calendar year, Ali joined the list of distinguished personalities such as Imran Khan, Waqar Younis, Saqlain Mushtaq and Yasir Shah. All the mentioned bowlers have a maximum of five five-wicket hauls, except list topper Younis, who accomplished the feat twice, with six fifers in a single calendar year being a Pakistani record in Tests.

In 1993, Younis took 55 wickets at an average of 15.23. However, what set him aside that year were the six fifers he claimed during the course of the 12 months. That year, he bettered the five fifers from 1990 when he finished at an average of 17.04.

This year, Hasan Ali has taken 37 wickets at an epic average of 15.40. Ali's impressive outing with the ball helped Pakistan skittle out Bangladesh for 330 runs. Mushfiqur Rahim scored 91 runs while Liton Das made a brilliant 114.

Pakistan started well in their first innings as opener Abid Ali scored a remarkable fifty. But the home team's bowlers bounced back to restrict Pakistan to 286 runs and take a crucial 44-run lead in the first innings. Taijul Islam ended with seven wickets in his kitty while Ebadot Hossain took two and Mehidy Hasan claimed one wicket.

Hasan Ali Waqar Younis Cricket
Get the latest updates on SA vs IND 2021-22, check out the Schedule and Live Score . Like us on Facebook or follow us on Twitter for more sports updates. You can also download the NDTV Cricket app for Android or iOS.