CWG 2022: Mirabai Chanu shared a video of how her mother and other family members celebrated her gold medal at the Commonwealth Games. 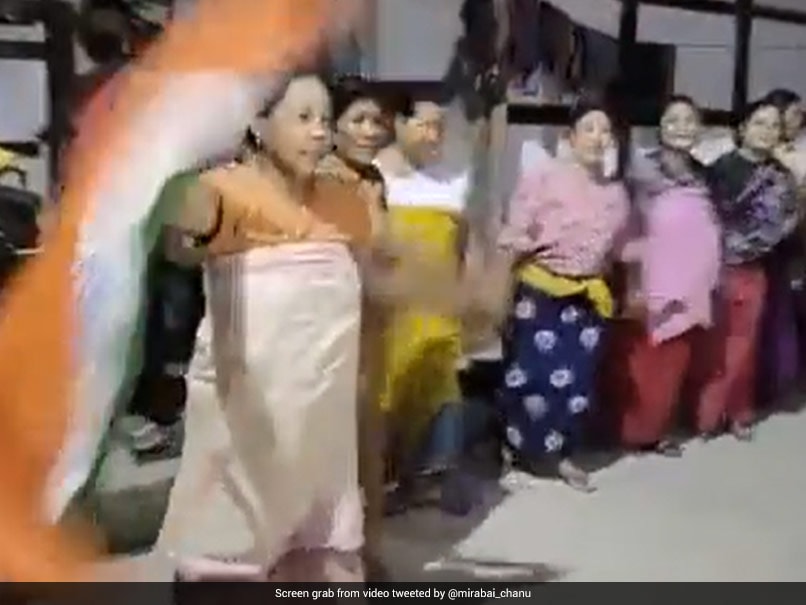 A day after Mirabai Chanu won gold at the Commonwealth Games in Birmingham, she took to social media to share a peek into celebrations at her home. In the video, her mother and other relatives can be seen performing a traditional dance while waving the national flag. "My mom and other relatives celebrating victory at my home," Mirabai wrote along with the video. Mirabai's family members broke into the playful traditional dance of Manipur, known as Thabal Chongba, usually organised during the five-day Holi festival and on other celebratory days.

My mom and other relatives celebrating victory at my home pic.twitter.com/sTCIoTDVwM

Mirabai Chanu lifted a total of 201 kg to win the yellow metal in women's 49kg category.

She lifted 88kg in the snatch round, which equalled her personal best and also set a Commonwealth record.

Assured of gold, she went on to lift 113kg in her second attempt. She tried 119kg in her third, but could not complete the lift, but it mattered little as she secured her second gold medal in the Commonwealth Games.

This was her third medal in the Commonwealth Games and second gold, after her triumph in 2018.

She also recently won the silver medal in the 49kg category at the Tokyo Olympics.

Comments
Topics mentioned in this article
Mirabai Chanu CWG 2022 Weightlifting
Get the latest updates on Fifa Worldcup 2022 and check out  Fifa World Cup Schedule, Stats and Live Cricket Score. Like us on Facebook or follow us on Twitter for more sports updates. You can also download the NDTV Cricket app for Android or iOS.