Chess player Garry Kasparov has become one of Russian President Vladimir Putin's most vocal critics but political movements in which he has been involved have failed to attract mass support. 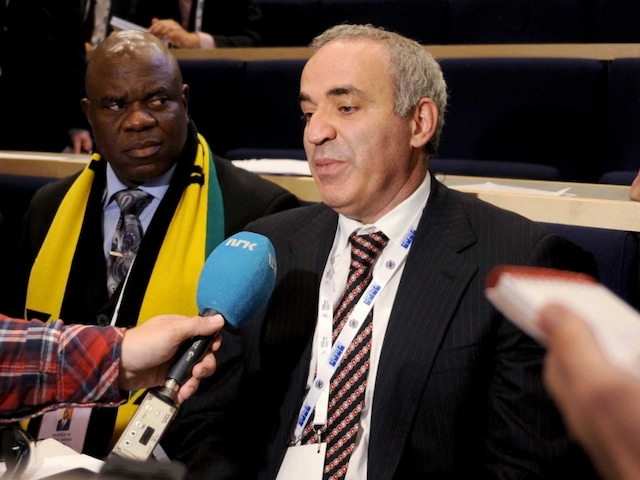 Russian President Vladimir Putin questioned Garry Kasparov's skills as a politician on Thursday after the former world chess champion described him as the most dangerous man in the world.

"He's not made a very good politician, but he's a great chess player," Putin told sports officials during a visit to Novocheboksarsk city in Russia's Volga region.

He was replying to a comment by Kirsan Ilyumzhinov, the head of the International Chess Federation, that a foreign Grandmaster had refused to play in a tournament in Russia because of concerns over political stability.

In reply, Putin said everyone was welcome to come and play including Kasparov, who left Russia in 2013, saying he feared political persecution. The Kremlin leader rarely refers to his critics and opponents by name in public.

The chess player described Putin as a "greater threat" to the United States than Islamic State during an interview with Yahoo News last week.

Kasparov has become one of Putin's most vocal critics but political movements in which he has been involved have failed to attract mass support. He announced plans to run in the 2008 presidential election but later withdrew, blaming "official obstruction".