Viswanathan Anand suffered his sixth consecutive defeat with a 2-3 loss to Ian Nepomniachtchi of Russia. 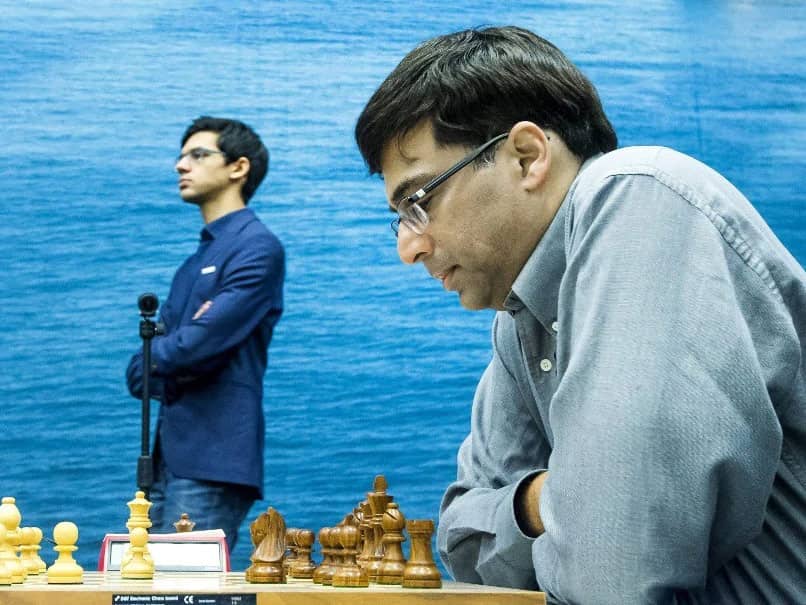 Viswanathan Anand is yet to register his first win in the Legends of Chess online tournament.© AFP

Former world champion Viswanathan Anand's struggles continued in the USD 150,000 Legends of Chess online tournament as he suffered his sixth consecutive defeat with a 2-3 loss to Ian Nepomniachtchi of Russia. Anand started the sixth round match with a draw as he came up with good defensive moves to keep the Russian at bay in a 53-move draw. However, Nepomniachtchi went ahead by pulling off a 34-move win in the second game.

The third game saw the players sign peace after 48 moves. The five-time world champion then fought back well to claim the fourth game in 42 moves to push the contest into the Armageddon (a tie-breaker).

Nepomniachtchi won the decisive tie-break in 41 moves to shatter the hopes of the 50-year old Indian superstar and left him winless after six rounds.

Anand, who is making his debut on the Magnus Carlsen Tour, lies ninth with three points.

Legends of Chess is a unique event where Carlsen, Ding Liren, Nepomniachtchi and Anish Giri, semifinalists at the Chessable Masters (part of the Magnus Carlsen Tour), received an automatic invite and are up against six legends aged 40-52, who have been at the top of world chess at various points in their career.

The winner of this event will qualify for the USD 300,000 Grand Final, scheduled from August 9 to 20.

Comments
Topics mentioned in this article
Viswanathan Anand Chess Magnus Carlsen
Get the latest updates on India vs Australia Series, check out the India vs Australia Schedule for 2020-21 and Ind vs Aus live score . Like us on Facebook or follow us on Twitter for more sports updates. You can also download the NDTV Cricket app for Android or iOS.