Viswanathan Anand registered three wins and two draws to edge out Levon Aronian of Armenia by one point to claim his first title at Bilbao Masters chess. 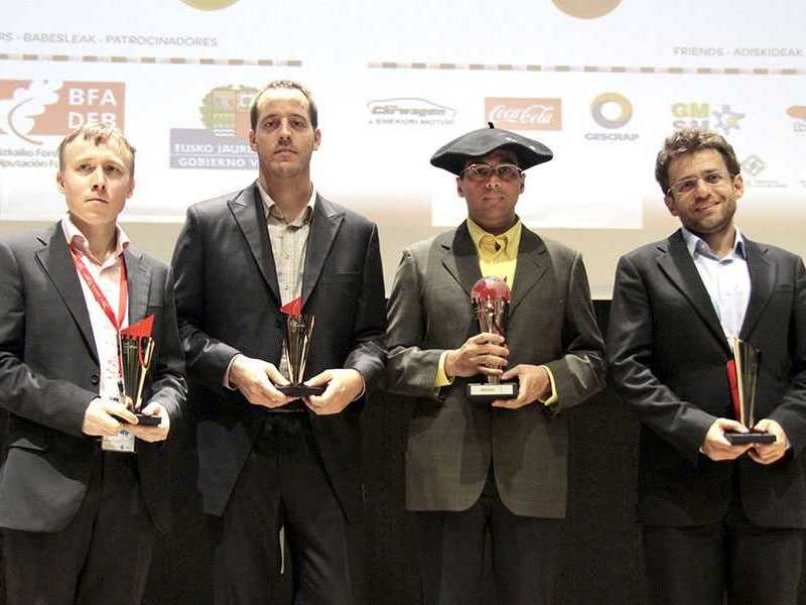 Viswanathan Anand clinched his first title at Bilbao Final Masters chess. This was his fourth appearance in the tournament. On Saturday, Anand lost to Levon Aronian of Armenia in the last-round game but finished on top in the tournament played in Granada, Spain.

The Indian Grandmaster registered three wins and two draws in the four-player six-round event to collect 11 points, one more than Aronian. "I was much faster with my counterplay and I still kept both bishops," said Anand.

Next up for Anand is the world championship rematch against Magnus Carlsen in Sochi in November.