Viswanthan Anand will get his first black game in the tournament against Wesley So in the third round of the Bilbao Masters. 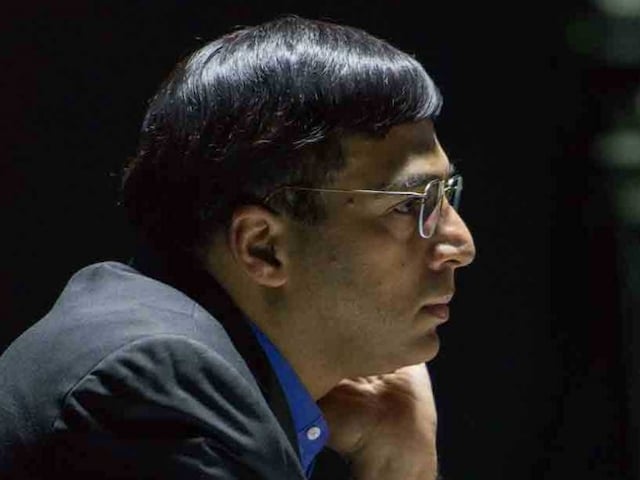 Viswanathan Anand is the defending champion at the Bilbao Masters.© AP

Defending champion Viswanathan Anand played split the point with Chinese Liren Ding in the second round of Bilbao Masters Final and remained on joint 2nd spot after an uneventful day. (Read More in Chess)

With his second straight draw coming with white pieces, Anand is now under pressure to retain his crown as he has three black games remaining in the last four rounds.

The draw against Liren Ding came after Anand did not convert a seemingly superior position against Dutch GM Anish Giri in the opening round.

The other game in the four-players double round-robin tournament between American Wesley So and Giri also ended in a draw leaving the standings as they were after the first round.

Wesley So took his tally to four points in all and remained two points ahead of Anand and Giri while Ding opened his account with one point under the soccer-like scoring system, that gives three points for a win and one for a draw.

Playing the Ruy Lopez for the second day running, Anand chose a modern setup instead of the conventional main lines but found Ding well-prepared. The opening was a success for the Chinese who came out unscathed and even threatened to gain some advantage for a brief period.

Anand quickly regained the control of the position in the middle game with a timely pawn advance on the queen side that gave him an extra pawn but black's position was impregnable due to presence of Bishops of opposite colours.

The game was drawn through repetition in 34 moves when both players knew there was no decisive outcome possible. Giri tried to surprise Wesley So in the Berlin defence where in the former played with white pieces.

However, Wesley, who recently changed his federation from Philippines to the United States, was spot on finding the right moves in the early phase to get a balanced middle game.

The pieces changed hands almost in a heap and the players arrived at a minor piece endgame in which Giri had two Bishops against Bishop and knight.

The American had judged the position quite well by this time and getting a draw was never a problem. The peace was signed after 44 moves.

In the third round now, Anand will get his first black game in the tournament against Wesley who has shown pink form thus far. In the other game Ding will have white pieces against Giri.