Viswanathan Anand had to go through the Candidates Tournament to seal a place in the World Chess Championship finals in Sochi. 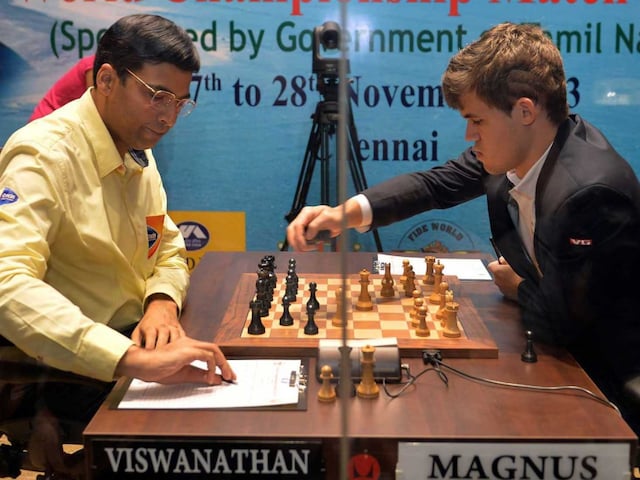 It will be revenge time for former chess king Viswanathan Anand as he takes on defending champion Magnus Carlsen in the 2014 World Chess Championship in Sochi starting Friday. Anand had lost his crown to Norwegian Carlsen in Chennai last year. (Anand Calls Carlsen 'Tenacious')

Anand had to go through the Candidates Tournament to seal a place in Sochi where the world event is scheduled to be held till November 28. All matches will be held at the Olympic Media Center in Sochi, on the Black Sea, next to the main Olympic Stadium. (Carlsen Loss Was Lowest Point: Anand)

The Candidates, an eight-player double round-robin tournament, was played this year in Khanty-Mansiysk, Russia, from March 13 to 31. Anand made it to the Candidates Tournament as the runner-up of last year's world championship.

Anand, a five-time world champion, managed to come out victorious in the Candidates and became the second former champion after Anatoly Karpov to win the Candidates Tournament. The 63-year-old Russian had repeated the feat in 1987 and 1990.

Super Grandmaster Anand had lost the world championship title to 23-year-old Carlsen after the Norwegian defeated him 6.5-3.5 at the end of Round 10 of the 12 scheduled games in Chennai last year.

This year's clash between Carlsen and Anand will see the same two opponents face each other in consecutive world championship matches since Garry Kasparov and Karpov last met in 1990.

The drawing of colours will be conducted during the opening ceremony and will be reversed in Round 7. The player getting White in game 1 shall play game 7 with Black pieces.