Five-time world champion Viswanathan Anand was off to a mixed start at Croatia Grand Chess Tour tournament with a win, a loss and a draw. 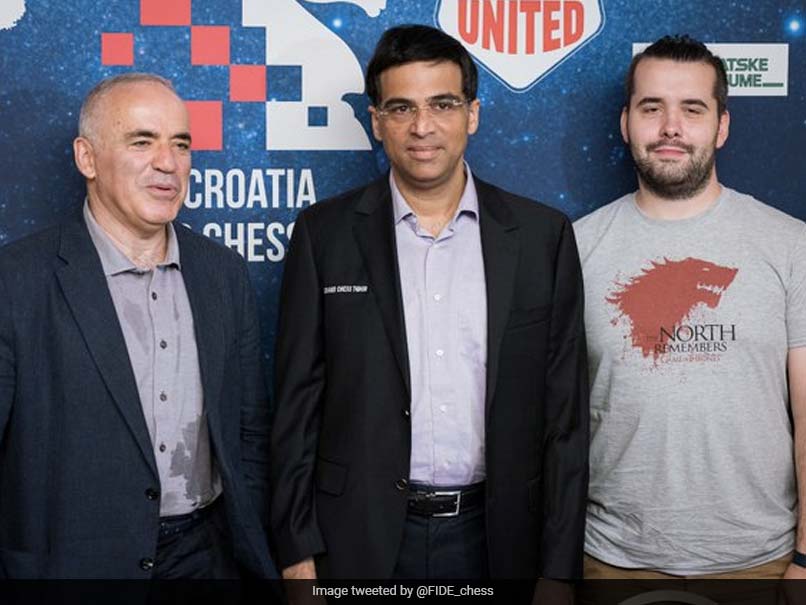 Five-time world champion Viswanathan Anand defeated Dutch Grandmaster Jorden van Foreest on his return to competitive chess on Wednesday. Former world champion Anand, who was playing his first over-the-board game in almost 17 months, started off with a win in round one of the Croatia Grand Chess Tour tournament. However, the Indian champion faced a defeat at the hands of Frenchman Maxime Vachier-Lagrave in the second round before drawing with Ian Nepomniachtchi of Russia.

"It started to come back, but the first game was very strange," Chess.com quoted Anand as saying.

"There were several moments where I realized: oh, I have to make a move now! When you are sitting at home you are always in analysis mode but here suddenly you actually have to make a decision," he added.

The Zagreb Rapid and Blitz are being staged from July 7 to 11 in Zagreb, Croatia. The time control in the rapid is 25 minutes for each player with a 10-second increment per move, starting from move one.

The time control in the blitz is five minutes for each player with a two-second increment per move, starting from move one. The rapid counts double for the final standings.