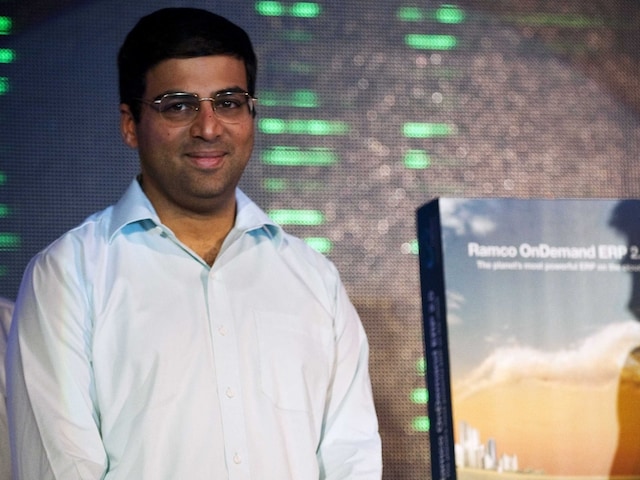 Viswanathan Anand was conferred a honorary doctorate by IIT Kanpur in a convocation ceremony.© AFP

Five-time World Champion Viswanathan Anand was conferred the "Honoris Causa" Doctor of Science by Indian Institute Of Technology (IIT) during its 49th convocation ceremony in Kanpur.

The 46-year-old Anand was bestowed with the degree by NITI aayog chairman Arvind Panagariya.

While receiving the degree, Anand remembered the day when he was awarded the Arjuna Award in 1985 and shared that this dress code here brought back memories of that day at the Rashtrapati Bhawan.

"Even after becoming the first Indian Grandmaster in 1987, I continued learning and focussed on my next goal of becoming the world champion. Similarly today is the day of celebration for you as you are graduating today but you also need to focus on next goals of your life," said Anand.

"Even today I try to learn more and more about chess because whatever you have learnt will never go waste in the future," he added