Viswanathan Anand played out a draw against Anish Giri in the penultimate round of Candidates Chess. He has seven points while Fabiano Caruana and Sergey Karjakin have 7.5 points each 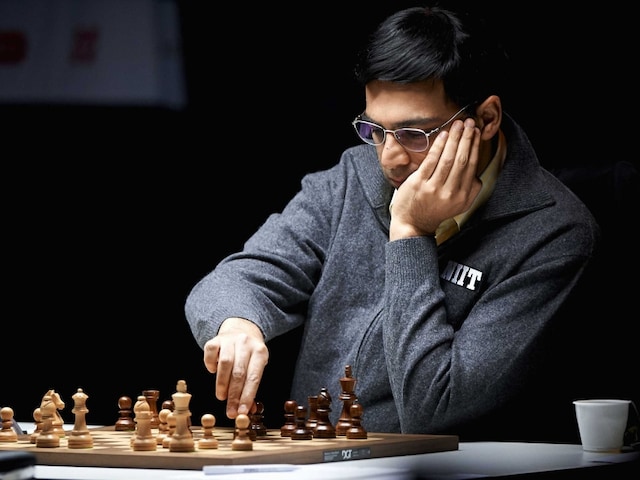 For the first time in 10 years, there will be a World Championship without Anand, who has won the crown as many as five times.

Either Sergey Karjakin of Ukraine or Fabiano Caruana of United States will challenge Magnus Carlsen of Norway in the next World Championship match slated to be held in November this year.

While Anand drew, Karjakin had to hold his nerves together to hold a piece down endgame against Levon Aronian of Armenia and Caruana's endgame advantage did not prove enough as Peter Svidler of Russia proved equal to the American.

In the other game of the day, Hikaru Nakamura accounted for Veselin Topalov of Bulgaria to bounce back to a 50 per cent score.

If Anand wins, Caruana will have better tie-break than Karjakin while if Anand also draws, Karjakin will take over in tie-breaks.

With just one round remaining, Anand will take on Svidler and the permutation and combinations do not give the Indian any chances although he can still tie for first with a victory.

Anand yet again played an uncompromising game in the Italian opening against Giri and the Dutch Grandmaster took his chances with a piece sacrifice in the middle game.

Both players ran short of time and in the end Anand's two minor pieces were able to handle black's army. The game was drawn in 52 moves.

Caruana played a very lengthy game and came close to winning against Svidler in a rook and Bishop versus rook endgame. However, by then the players were close to running out of quota of '50-moves' rule without any exchanges.