Viswanathan Anand brings honour to the sport, to his nation: Garry Kasparov

However Kasparov predicted a Magnus Carlsen victory over Anand in their World Championship clash. 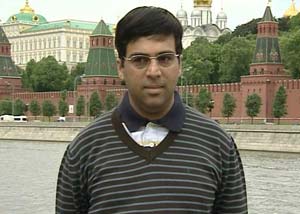 One of the greatest ever chess players, Garry Kasparov, says five-time world champion Viswanathan Anand "brings honour to the sport and to his nation", but predicts a Magnus Carlsen victory in his World Championship clash against the Indian wizard.

Previewing the World Championship, Kasparov was full of praise for the Indian.

"Anand is a fantastic chess player who brings honour to the sport and to his nation with his skill and his boundless good nature. If he wins this match his high place on the chess Olympus is assured," Kasparov said.

Citing his familiarity with both players the Russian, who ruled the chess world for over 20 years, though predicted a Carlsen victory.

"Most of all, I am hoping for big games, a hard fight, and a great boost for chess around the world as a legend and a legend-in-the-making do battle in Chennai," Kasparov added.

Kasparov, however, noted that it will not be easy for Carlsen.

"This is one of the most anticipated matches in recent history and it is no insult to Anand, that most of the anticipation circles around the 22-year-old challenger.

"Carlsen is the favourite because results and objective quality must matter, but it will not be easy and it is not difficult to imagine a scenario in which he loses the match. Anand has deep experience at every level and that carries with it practical preparation advantages as well as psychological preparedness."

Kasparov's arrival in Chennai and his likely attendance in the third game of the match is going to cause a furore. While the Indian chess fans will get to see the great master of the past for the first time in a chess event in India, the FIDE leadership and Anand's camp may not like his presence. The FIDE leadership is currently wary of Kasparov after the Russian announced his candidature as its next president.

"I am about to head to India, where I will first speak at the THiNK conference in Goa before heading to Chennai to visit the much-anticipated world championship match between defending champion Viswanathan Anand, playing in his native city, and young Norwegian challenger Magnus Carlsen."

During and after the last World championship match in 2012 at Moscow that was won by Anand against Boris Gelfand of Israel, Kasparov had criticised Anand's play and the Indian had retorted back.

Kasparov worked with Carlsen for a year in 2009 and the Norwegian found the Russian too demanding before an amicable split. It has been mentioned that the two joined hands again for Carlsen's most important match so far and it is clear where Kasparov's loyalty rests.

"Some have suggested my rooting loyalties should lie with my fellow 'old man' Anand and not with the 22-year-old who broke my rating record and who will share my record as youngest world champion ever should he prevail in Chennai. But while I cannot say I feel joy when my records fall, a win for Carlsen will also be a win for the chess world.

"Changing of the guard, new blood, a fresh face - all these cliches are cliches for a reason. Magnus is a dynamic young man eager to promote the sport, to raise its profile along with his own, and who can inspire a new generation of chess kids (and chess sponsors!) around the world."