Viswanathan Anand will face a tough challenge from top seed Magnus Carlsen. The Norwegian defeated Anand in a World Championship match under classical time control and wrapped both the rapid and blitz title in the championship held in UAE. 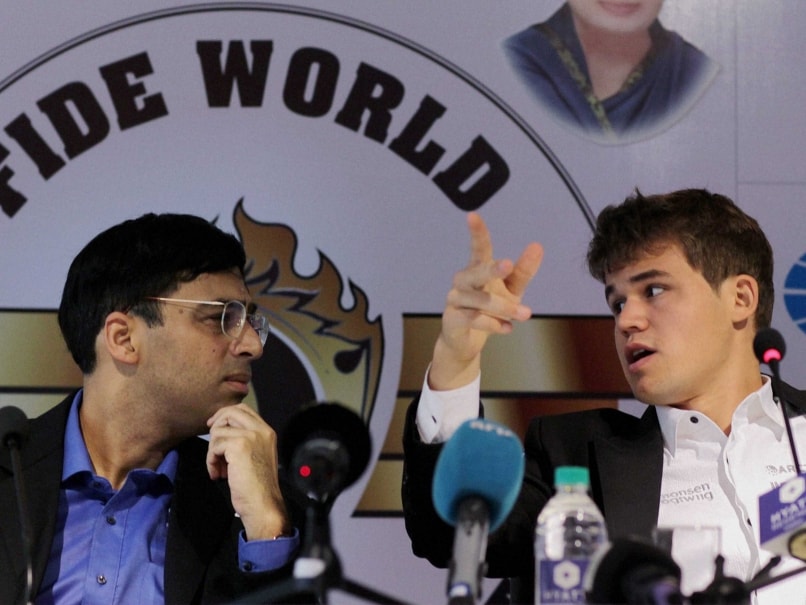 Five-time World Champion Viswanathan Anand starts as one of the favourites but faces a tough field in the World Rapid and Blitz Chess Championship that gets underway here. (Read more sports stories here)

World champion in all formats, Magnus Carlsen of Norway starts as the top seed and hot favourite to retain his titles won last year at Dubai.

However, it will be a marathon contest with some of the best players of the world around.

The rapid championship will be played over 15 rounds with five rounds slated on each day in the three-day meet. The time control is 15 minutes for the entire game with a 10 seconds increment after every move is made.

In the blitz, there will be 21 rounds in all and the players get just three minutes and a two second increment after every move. The event will conclude on the 14th of October after the blitz championship.

Carlsen scored a resounding victory across all formats last time. The Norwegian defeated Anand in a world championship match under classical time control and wrapped both the rapid and blitz title in the championship held in UAE.

The two bigwigs giving it a miss are US duo of Fabiano Caruana and Hikaru Nakamura, both of whom are busy competing in the Millionaire chess tournament at Las Vegas in the United States.

Besides Carlsen, Levon Aronian of Armenia is another player to watch out for in the exciting faster-versions of chess. The event will also see stars like Vassily Ivanchuk of Ukraine, Russians Sergey Karjakin, Alexander Grischuk, Vladimir Kramnik and Ian Nepomniachtchi and some other fine players in Boris Gelfand of Israel.

After Anand, India's best bet would be P Harikrishna, who will participate only in the blitz section. The Indian is currently close to winning the Poker Masters Chess tournament at Isle of Man in United Kingdom and will move here for the last two days.

Krishnan Sasikiran, B Adhiban, Vidit Gujrathi, S P Sethuraman and Surya Shekhar Ganguly are the other Indians in the fray here.

For Anand, it will be a test of time again. The former world champion was known as a lightening kid in his younger days and is known to be a fantastic player when it comes to the faster versions.