Peter Anand, a 21-year-old graduate student from Puducherry, won the World Amateur Chess Championship in Greece, in the under 2000 rating category. 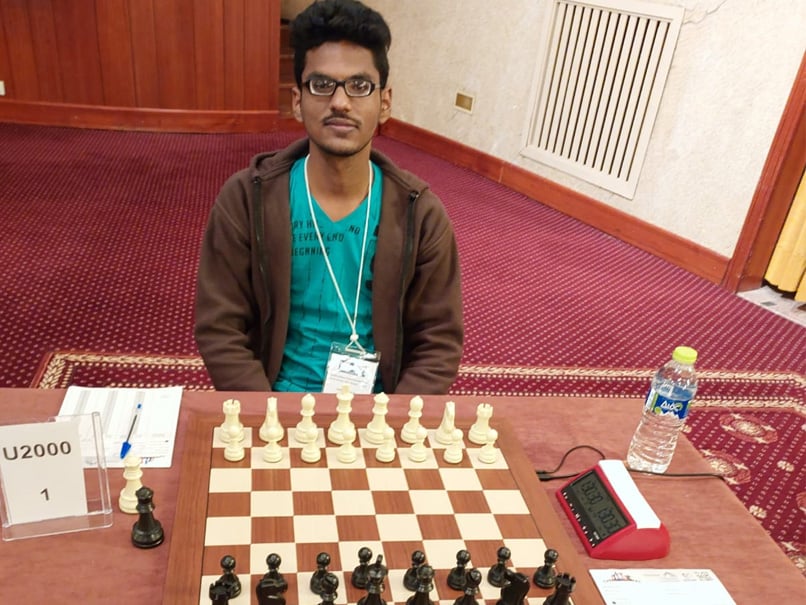 With a current rating of 1872, Peter Anand says "I want to become a Grand Master".© NDTV

Peter Anand, a 21-year-old graduate student from Puducherry, has won the World Amateur Chess Championship in Greece, in the under 2000 rating category. The competition was held between October 16 and 26. "I am so proud and happy. I am also the first from Puducherry to become a FIDE Master," an elated Anand told NDTV. This victory has catapulted Peter to the World Amateur Chess Championship to be held in Italy next year. With a current rating of 1872, Peter says "I want to become a Grand Master securing the 2500 rating. It will be a fully sponsored event for me."

Anand pursues an integrated BA B.Ed programme at Pope John Paul II College of Education in the former French colony. Because of the semester exams and internship he has decided to skip an event in Spain in December.

Drawn to chess after his father and elder brother often played during his childhood days, Peter Anand soon made the board game his passion.

On what makes the game so fascinating for him, he said: "It's a great mind game. I love the strategy. A single mistake could make you lose."

While Peter Anand's parents -- retired father and teacher mother -- support him, a major accident his elder brother met with made things difficult for the family.

Peter Anand had recently met the Chief Minister and the Lieutenant Governor. He hopes the administration supports him financially.

Comments
Topics mentioned in this article
Chess
Get the latest updates on India vs South Africa and check out  Schedule, Results and Live Score. Like us on Facebook or follow us on Twitter for more sports updates. You can also download the NDTV Cricket app for Android or iOS.