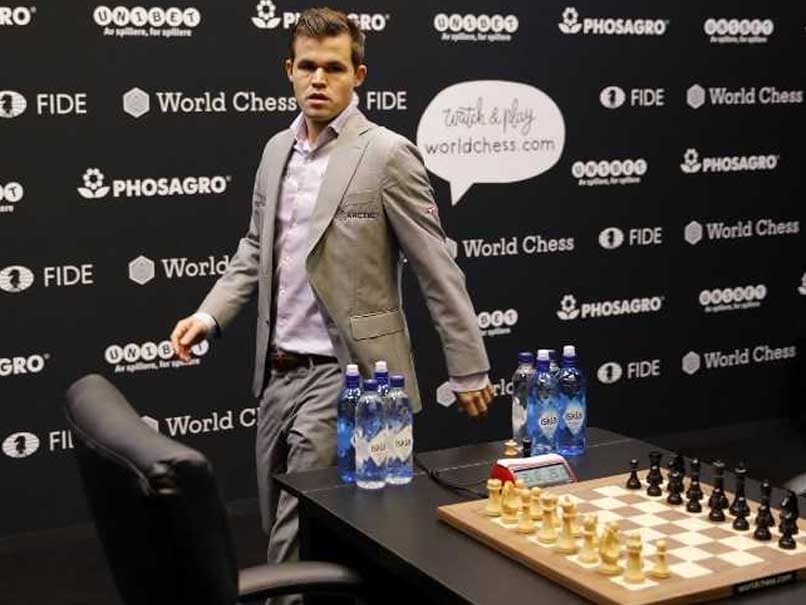 Three-time chess champion Magnus Carlsen on Wednesday successfully defended his world title after demolishing US hopeful Fabiano Caruana in a winner-takes-all finale. The 27-year-old Norwegian won three successive rapid-chess tiebreakers in a display of intuition and guile that overwhelmed the 26-year-old American in London. The fearless performance will go a long way to cementing his claim to be history's greatest player -- a title some still award to Soviet-Russian legend Garry Kasparov.

Kasparov himself appeared in awe of Carlsen's display in a format that has seen many grandmasters before him wilt under the mental strain.

Congratulations to @MagnusCarlsen, World Champion once more! Valiant fight from Caruana pushed Magnus to show his best, and, unfortunately for Caruana, today he did!

"We all play worse as we play faster and faster, but his ratio may be the smallest ever, perhaps only a 15 per cent drop off. A huge advantage in this format."

The games marked a complete departure from the string of draws played out in their original 12-match series which began on November 9.

Yet those tense tugs of war were a testament to the prodigious skills of the American Italian.

The first US contender since Bobby Fischer beat the Soviet Union's Boris Spassky at height of the Cold War in 1972 is the game's second-ranked player.

Caruana has spent most of his career in Carlsen's shadow but is rated only three points below the Norwegian's leading 2,835 points.

Chess experts said Carlsen appeared to be rattled by the Miami-born yoga lover in a memorable game 10.

Carlsen was only too happy to agree to draws in the final two matches -- the last one from a winning position that saw Kasparov shake his head in disbelief.

"In light of this shocking draw offer from Magnus in a superior position with more time, I reconsider my evaluation of him being the favourite in rapids," Kasparov tweeted after Monday's match.

"Tiebreaks require tremendous nerves and he seems to be losing his."

But Carlsen seemed determined to decide things in Wednesday's rapid-chess tiebreakers -- a format that saw him beat Sergey Karjakin in the 2016 title match in New York.

Caruana admitted that he was "relieved" to still be in the contest after Monday's 12-match scare.

"I'm mainly relieved. When you feel like you're sort of on the brink of defeat, or at least you have a very dangerous position, then, of course, it's quite good."

But Carlson never appeared to lose faith in skills that saw him dubbed the "Mozart of chess" by The Washington Post after becoming a grandmaster at the age of 13.

"I think I have very good chances," Carlsen told reporters after Monday's game.

Comments
Topics mentioned in this article
Chess
Get the latest updates on IPL 2020, check out the IPL Schedule for 2020 and Indian Premier League (IPL) Cricket live score . Like us on Facebook or follow us on Twitter for more sports updates. You can also download the NDTV Cricket app for Android or iOS.