Thanks to the massive victory over Moldova, the Indian men have jumped to joint 13th spot in the current rankings and this is only likely to get better as they meet lower-ranked Qatar in the next round. The Indian girls are on the 20th spot on eight points. 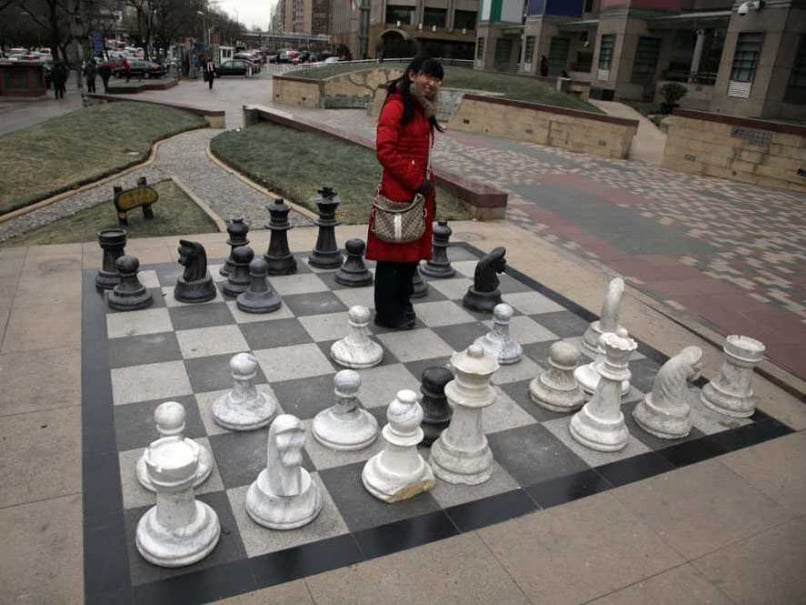 A representational picture of a chess board sculpture.© AP
Tromso, Norway:

Parimarjan Negi led the Indian men to a fantastic 3.5-0.5 victory over Moldova while the Indian eves settled for a 2-2 draw against Spain in the sixth round of 41st Chess Olympiad.

Up against highly regarded Viktor Bologan on the top board, Negi came firing on all cylinders in a Ruy Lopez Berlin game and an early assault on the black king was enough to take home the full point in what was a one-sided contest.

Dmitry Svetushkin saved a complete whitewash holding Krishnan Sasikiran to a creditable draw on the second board while B Adhiban and MR Lalith Babu scored regulation victories over Vladimir Hamitevici and Liviu Cerbulenco respectively for an excellent victory.

Thanks to this massive victory, the Indian men have jumped to joint 13th spot in the current rankings and this is only likely to get better as they meet lower-ranked Qatar in the next round.

Meanwhile in the women's section, Indian eves were lucky to survive against Spain thanks to the efforts of Padmini Rout who defeated Yudania Hernandez on the fourth board.

Grandmaster D Harika did her bit on the top board and defeated Sabrina-Vega Gutierrez but Mary Ann Gomes and Eesha Karavade suffered shocking defeats against Ana Matnadze and Olga Alexandrova.

With five rounds to come and past the halfway stage, Azerbaijan and Cuba emerged as co-leaders in the open section on 11 points each and they are followed by 10 teams including top seed Russia with 10 points apiece. The Indian men have nine match points now.

In the women's section, the top two seeds China and Russia are now firmly in front having won all the six matches. With 12-points in their kitty, these two will clash to determine the main contender for the gold medal. Poland is solely on third spot while the Indian girls share the 20th spot on eight points.

The day featured a key clash between World champion Magnus Carlsen of Norway and Fabiano Caruana of Italy wherein the former won in great fashion and also led his team to a 3-1 victory.

In other important clashes of the open section, Azerbaijan decimated Georgia 3.5-0.5, Cuba beat Kazakhstan by a similar margin while top seeds Russians scored a marginal 2.5-1.5 victory against Uzbekistan.

In the women's section Chinese women got the better of other overnight joint leaders Hungary with a 3-1 margin. Defending champions Russia had it easy against Serbia and coasted to a 3.5-0.5 victory.