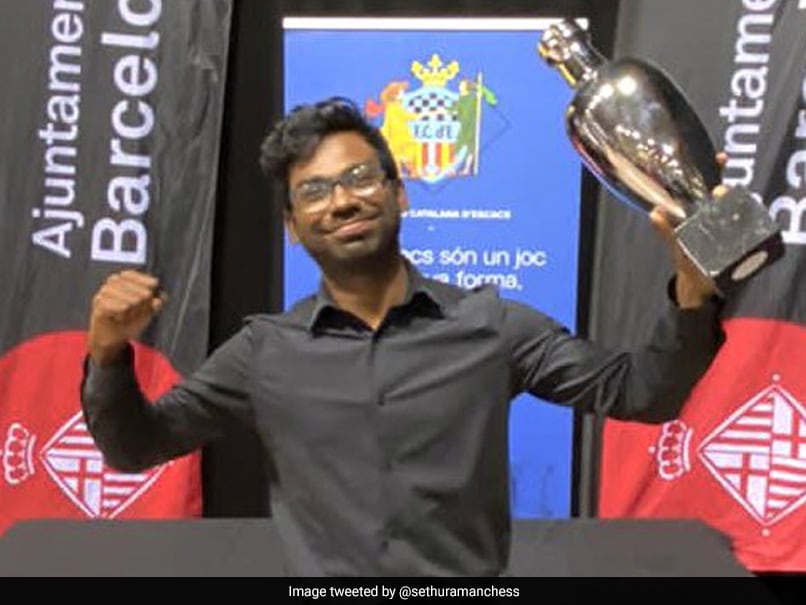 "Elated to win the Barcelona Open 2021," he tweeted after the win.

Sethuraman gained 8.5 Elo points after the victory while Murali (Elo 2606) gained 6.4 points. Sethuraman and Murali had played out a draw in the fifth round.

Murali won six games, drew two and went down to Hakobyan in the sixth round. He finished equal on seven points with four others, including fellow Indian Aravindh Chithambaram, but clinched the third spot on the basis of a better tie-break score.