India's top chess players, including Grandmasters Koneru Humpy and Krishnan Sasikaran, would vie for team as well as individual honours in the 23rd Petroleum Sports Promotion Board (PSPB) Inter-Unit tournament starting on Saturday. 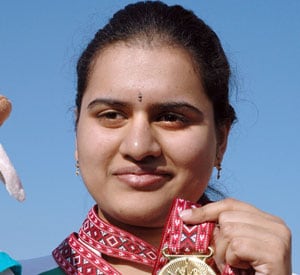 India's top chess players, including Grandmasters Koneru Humpy and Krishnan Sasikaran, would vie for team as well as individual honours in the 23rd Petroleum Sports Promotion Board (PSPB) Inter-Unit tournament starting on Saturday.

Besides Humpy and Sasikiran, leading players like RB Ramesh, Surya Sekhar Ganguly, Deepak Chakravorty, Nilotpal Das, A Kunte, P Konguvel and V Saravanan - among men - and Nisha Mohota and Anupama Gokhale - among women - will be taking part in the tournament to be held at hosts Hindustan Petroleum's housing complex in suburban Chembur, it was announced at a media conference on Friday.

"This is virtually a national as most of the top players would be taking part in it. Indian Oil Corporation won the team championships last year, while ONGC and Bharat Petroleum Corporation finished second and third in that order," said PSPB's Delhi-based Member Secretary R S Jadeja.

Humpy and Sasikiran will be defending their individual titles too in the five-day tournament in which the teams would play over five rounds and the individuals eight to nine rounds.

"Hindustan Petroleum conducts two inter-unit events in different sports annually and this time we are conducting chess in Mumbai and badminton at Jaipur from January 27-31," said HPCL GM (Industrial Relations) Sandeep Joseph. Though the top performing players would not receive any cash prizes, they would be given gift vouchers and trophies, the organisers said.

The team championship would be fought among the PSPB's 11 members belonging to public sector organisations from the oil, gas and related sectors.

Jadeja said in the near future even private firms dealing in these sectors will become members of PSPB.