Viswanathan Anand reflected on sports amid the worldwide coronavirus lockdown and said chess seems to have coped well so far. 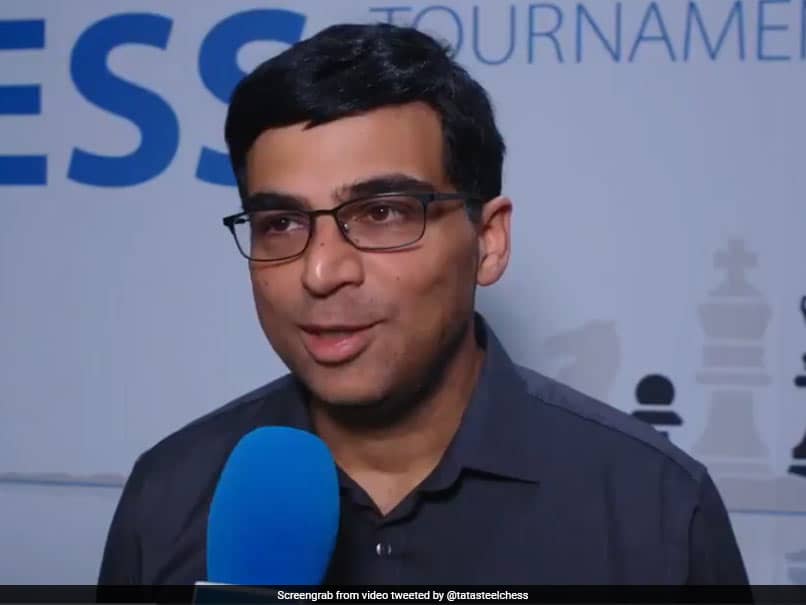 Viswanathan Anand feels chess has adapted well to the coronavirus-forced lockdown across the globe.© Twitter

Five-time world champion Viswanathan Anand feels chess has adapted well to the coronavirus-forced lockdown across the globe by simply going online just as he has been doing to stay in touch with family while being stuck in Germany for a couple of months now. Anand had gone to Germany in February to compete for SC Baden OOO in the Bundesliga Chess. However, travel restrictions caused by the coronavirus pandemic resulted in him being unable to return home. "I would say Germany is pretty comfortable. I am in a small town. I have had a chance to go out a couple of times for a walk...of course, keeping a safe distance," he told PTI from his current base near Frankfurt.

"Also, (I) do some shopping and essential stuff like that. I have friends living nearby and that's a big comfort," he said.

The 50-year-old reflected on sports in time of worldwide lockdown and said chess seems to have coped well so far.

"Nobody really knows what the impact (of COVID-19) on the economy will be. First of all, let''s take chess. Chess was already something that happened a lot on the internet. So, it has been relatively smooth to adapt to going completely online," he pointed out.

"Even so, it is a bit of shock that so many tournaments got cancelled and everyone is sitting at home. playing chess on the internet is lot of fun

"(But) organising a chess tournament (online) requires some skill. Where do you place the arbiter? How do you monitor things? and so on...yet chess has adapted relatively easily," he added.

As for how he has been doing while being away from his family for such a long duration, Anand said he has tried to stay positive by devoting time to some aspects of his game, which he ignored earlier.

"I have a chance to do some chess work that I never had time for. I have a lot of time to wander around the internet just looking for information on this or that.

The Chennai-based legend said he is pretty comfortable overall.

"Germany is having a mild case of coronavirus in the sense that their mortality rate is very low. People here seem fairly relaxed. All in all the only problem is that I am cut off from home but otherwise I am doing okay here," he said.

While in Germany, Anand enjoyed his maiden commentary assignment during the Candidates event in Yekaterinburg in Russia, which was called off mid-way due to the pandemic.

"When it first emerged that flights home would not be available I had a chance to do some chess commentary. I commentated on the Candidates event that was happening in Russia. It was an enjoyable, new experience for me.

"I got a chance to follow a chess tournament through the eyes of a fan in a sense. That was enjoyable for the 10 days or so that it happened, then the event was postponed half-way through," he added.

Anand said he stays in touch with his family over video calls.

The Grandmaster also participated in an online exhibition event, along with five other top Indian players, to raise funds for the CARES Fund to fight the deadly outbreak in India.

The country has recorded over 500 deaths and more than 18,000 positive cases so far.