At 13, Samuel Sevian is Youngest-Ever US Chess Grandmaster

The previous record for the youngest US Grandmaster was held by Ray Robson, who achieved the title two weeks before he turned 15. American legend Bobby Fischer also once held the record. 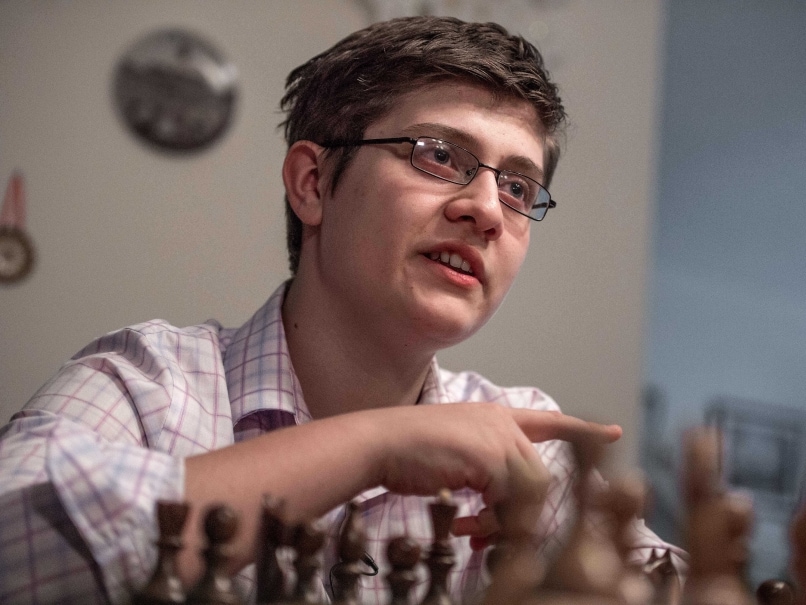 Not many people can claim to have shattered a major American record at 13 years, 10 months and 27 days.

But chess prodigy Samuel Sevian can now do just that, after being crowned America's youngest-ever Grandmaster, easily besting the country's previous record holder by more than a year.

At a tournament in St Louis last weekend, he won all four of his games to push his World Chess Federation rating past 2,500 points -- enough to secure Grandmaster status.

"I feel really good and somewhat relieved. This was one of my best tournament performances," the teen told AFP, noting that he had beaten three Grandmasters during the event in only 20-25 moves.

His father Armen -- a scientist born and raised in Armenia who later emigrated to the United States -- is bursting with pride.

"He really outplayed his opponents in three games. But the fourth, it was really back and forth, it wasn't clear," he said.

"It was like a blitz, it came down to the last seconds. Both players were shaking."

The previous record for the youngest US Grandmaster was held by Ray Robson, who achieved the title two weeks before he turned 15. American legend Bobby Fischer also once held the record.

At an August tournament, the bespectacled Samuel had put the record within reach, getting to within 14 points of the 2,500 needed for the elite Grandmaster title.

The young chess wizard is well accustomed to setting US records, having become the youngest American Expert (another ranking) shortly before his 10th birthday.

At 12 years and 10 months, he became the country's youngest International Master.

Samuel's next target is to get to 2,600 points, which would secure him invitations to the most prestigious tournaments.

His ultimate dream is to become world champion; the question is when he will be ready to tackle the challenge.

"It's way out in the future and I don't want to busy my head with it now. First, I would need to improve my game," he said.

"After my big win in St Louis, my confidence level is high. This definitely helps."

The chess star's father said he is the sixth-youngest Grandmaster in the world.

The youngest person to win the status is Russia's Sergey Karjakin, who became a Grandmaster when he was just 12 years and seven months old.

Samuel, who lives in the Boston area, said he was overcome with emotion when he realized he was about to achieve elite status in the chess world.

"The pressure was enormous when I played my fourth game, which I needed to win to go over the 2,500 mark," he said.

In the coming weeks, Samuel will spend three days in New York at the Garry Kasparov Foundation. The chess legend is one of Samuel's regular trainers and will be present for the three-day visit.

The foundation hailed his achievement, saying he is "the world's first Grandmaster born in this millennium."

After celebrating his 14th birthday on December 26, Samuel will participate in another tournament in the Netherlands.

"We want to go more to Europe. There's stronger competition over there," said Armen Sevian, himself a former high-level player.

Comments
Topics mentioned in this article
Chess
Get the latest updates on IND vs NZ 2021, check out the Schedule and Live Score . Like us on Facebook or follow us on Twitter for more sports updates. You can also download the NDTV Cricket app for Android or iOS.