World leaders and celebrities will gather in Louisville to bid goodbye to Muhammad Ali, the global boxing legend who died aged 74 after a long battle with Parkinson's disease. 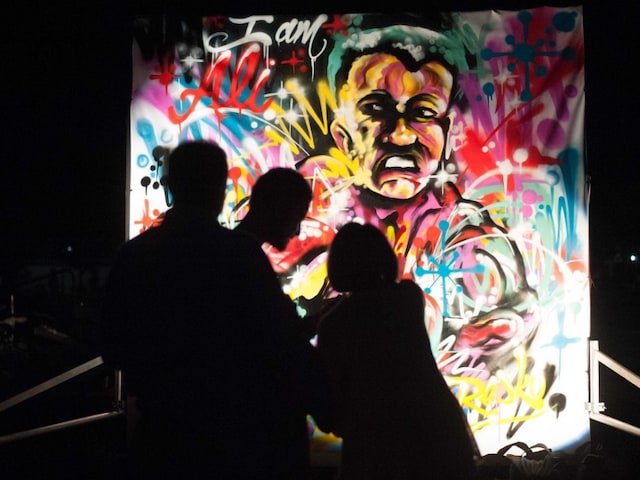 Muhammad Ali's funeral will be attended by world leaders, celebrities and ordinary people in Louisville.© Reuters

World leaders, celebrities, boxing fans and people who admired Muhammad Ali as a man will gather on Friday in his Kentucky hometown for one last goodbye to a towering global figure who died a week ago at age 74.

Mourners will line the streets of Louisville for a funeral procession starting at 9 a.m. (1300 GMT) that will bring his body to Cave Hill National Cemetery for a private burial.

Thousands of people will then fill the KFC Yum Center for a memorial service featuring eulogies by former U.S. President Bill Clinton and comedian Billy Crystal, beginning at 2 p.m. (1800 GMT). Jordan's King Abdullah and Turkish President Tayyip Erdogan are expected to be among the dignitaries at the sports arena for the service.

Crystal could reprise parts of his routine called "15 Rounds," a tribute to the three-time heavyweight boxing champion that the comedian first delivered in 1979. In it, Crystal tells Ali's story through masterful imitation of the champ and the late sportscaster Howard Cosell, an important early defender of Ali during his most controversial days.

Ali's pallbearers will include actor Will Smith, who earned an Oscar nomination for playing the title role in the 2001 film "Ali," and former heavyweight champ Lennox Lewis.

"Now as the world continues to flow into our city, it's time for us to send him off tomorrow with great class and dignity and respect," Louisville Mayor Greg Fischer told a news conference on Thursday. "The world will literally be watching tomorrow as Muhammad's processional and memorial service are broadcast to a global audience."

The mayor encouraged people to throw flowers and bring "smiles and maybe a tear or two as well."

The procession will pass by Ali's boyhood home on the West End, traditionally an African American section of town, and the Muhammad Ali Center, a museum in the center of the mid-sized city, which is also home to the Kentucky Derby.

On Thursday, a Muslim funeral for Ali drew thousands of mourners who prayed over the body of a man who battled in the ring and sought peace outside it.

Speakers referred to him as "the people's champ" who was praised for advancing the cause of black Americans during and after the civil rights movement of the 1960s. Others admired him for making Islam more acceptable and giving U.S. Muslims a hero they could share with mainstream America.

Comments
Topics mentioned in this article
Boxing Muhammad Ali
Get the latest Cricket news, check out the India cricket schedule, Cricket live score . Like us on Facebook or follow us on Twitter for more sports updates. You can also download the NDTV Cricket app for Android or iOS.