While Amit stunned seventh seed Carlos Quipo of Ecuador, Gaurav got the better of Ukrainian Mykola Butsenko in a pre-quarterfinal bout. 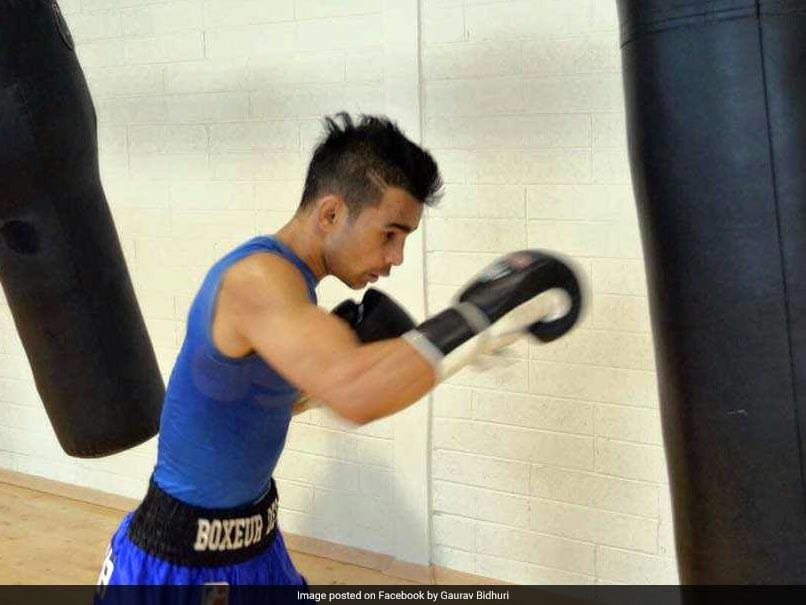 Gaurav Bidhuri (56 kg) got the better of Ukrainian Mykola Butsenko in a pre-quarterfinal bout.© Facebook

Amit Phangal (49kg) and Gaurav Bidhuri (56kg) upstaged fancied rivals to enter the quarterfinals but former bronze-medallist and third seed Vikas Krishan (75kg) was ousted after a second-round loss in the 19th World Boxing Championships. While Amit stunned seventh seed Carlos Quipo of Ecuador, Gaurav got the better of Ukrainian Mykola Butsenko in a pre-quarterfinal bout. However, Vikas, a bronze-winner from the 2011 edition, bowed out after being bested by England's Benjamin Whittaker. Also making an early exit was Asian silver-medallist Sumit Sangwan (91kg) who lost to Australia's Jason Whateley in a split decision.

Amit has a tough contest coming up as he would be taking on second-seeded Uzbek Hasanboy Dusmatov, while Gaurav will face Tunisia's Bilel Mhamdi in his next contest.

Amit, a bronze-medallist from this year's Asian Championships, opened the proceedings for India and prevailed in a unanimous verdict at the Sporthalle here.

It was an assured performance by the 21-year-old, who is enjoying a breakthrough year at the senior level.

He never looked in any awe of his seeded rival and frustrated him with his counter-attacks. Quipo hardly looked the part of a seeded boxer and was cautioned several times for failing to keep his head up.

Hitting straight and clean, Amit was markedly the better boxer and the judges ruled in his favour unanimously.

Next up was Gaurav and he also came up with a determined performance against a rival representing one of boxing's powerhouses.

The Delhi-boxer, who got into the event on a wildcard after missing out on automatic qualification, held his nerve and matched Butsenko punch for punch in a thoroughly engrossing contest. The two boxers attacked each other relentlessly and expectedly the judges came out with a split verdict in favour of the Indian.

"Both Amit and Gaurav gave big-hearted performances. The key was not to let opponents settle and they made sure that this plan was executed to perfection," India coach Santiago Nieva told PTI.

However, Vikas and Sumit's loss came as a dampener for the Indian camp.

The two-time Asian Games medallist looked sluggish against his 19-year-old rival, who has been nicknamed 'The Future' in his country for the potential he has shown.

Whittaker's stronger legs helped him glide smoothly inside the ring, even as Vikas struggled to keep his balance after every attempted attack at the Englishman.

The Haryana-boxer did manage to hold his own in the first two rounds but Whittaker out-punched him comprehensively in the final three minutes to clinch a unanimous verdict in his favour.

Sumit competed in the last bout of the evening and lost after a strong start. He dominated the opening round but Whateley fought back in the next two to clinch the issue.