Four Indian boxers will hunt a quarter-final berth as the pre-quarter-final action begins on Tuesday at the Men's World Boxing Championships in Ekaterinburg, Russia. 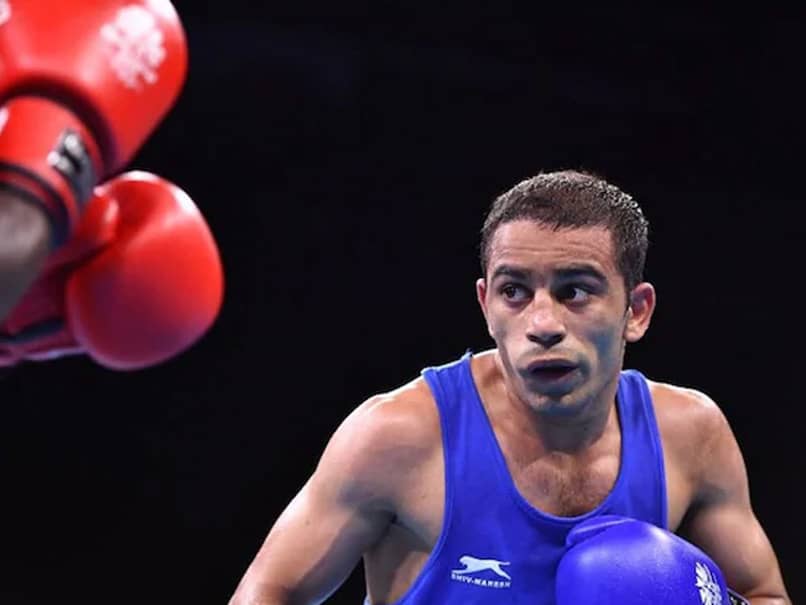 Amit Panghal will take on Turkey's Batuhan Citfci in the pre-quarterfinals.© AFP

Four Indian boxers will hunt a quarter-final berth as the pre-quarter-final action begins on Tuesday at the Men's World Boxing Championships in Ekaterinburg, Russia. Leading the charge will be Asian Games gold medallist Amit Panghal (52 kg) as he seeks his first medal from the World Championships. The Asian champion, seeded second at this tournament, will hope to sail into the last-eight when he takes on Turkey's Batuhan Citfci.

In an attempt to reach the quarter-finals of the world event for the second consecutive edition, Asian Championships silver medallist Kavinder Singh Bisht (57 kg) will lock horns with Finland's Arslan Khataev. The fifth seed had made a splash the last time when he knocked out two-time World Championships medallist Mohamed Flissi of Algeria on his way to the quarter-finals, and will hope to keep that run going this time.

Also in contention for a spot in the last-eight stage will be Manish Kaushik (63 kg) and Sanjeet (91 kg). While Manish will face Mongolia's fourth seed Chinzorig Baatarsukh, Sanjeet will take on Uzbekistan's second seed Sanjar Tursunov, whom he had got the better of at the 2018 India Open.

Meanwhile, on Monday, India's Duryodhan Singh Negi (69 kg) bowed out of the championships as he lost to Jordan's sixth seed Zeyad Eashash 1-4 in the second round.

The former national champion was slow on the foot and a lack of aggression early on in the bout cost him dearly. He did try to recover some of the lost ground by injecting more power into his punches, as evident in the final round, but it was not enough as the Jordanian pugilist managed to edge him.

In the first round, Negi had to work hard to achieve a 4-1 victory over Armenia's Koryun Astoyan in his maiden appearance at this prestigious event.

The 33-year-old is the third Indian boxer to crash out of the championships following losses suffered by Brijesh Yadav (81kg) and Ashish Kumar (75kg). While Brijesh went down to Malkan Bayram of Turkey 1-4, Ashish Kumar succumbed to China's Tanglathian Tuohetaerbieke 2-3 in his opening bout.