Manoj Kumar drew from his huge reservoir of experience, while Kavinder Bisht relied on sheer tenacity for hard-fought opening victories on another good day for India at the 19th World Boxing Championship. 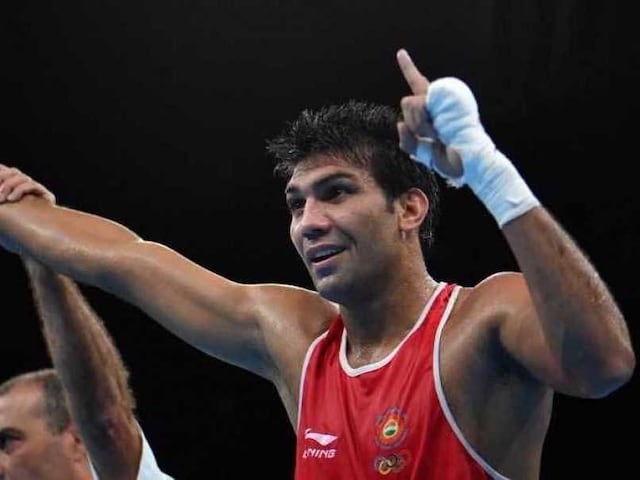 Manoj Kumar drew from his huge reservoir of experience, while Kavinder Bisht relied on sheer tenacity for hard-fought opening victories on another good day for India at the 19th World Boxing Championship. Manoj defeated Moldovan Vasilii Belous 3-2 in an exhausting welterweight (69kg) contest. Kavinder, on the other hand, edged past Japan's Ryusei Baba in a similarly draining flyweight (52kg) bout, which ended 3-2 in his favour. However, there was slight disappointment too as Asian Games bronze-medallist Satish Kumar (+91kg) bowed out of the competition after losing his opening contest to Azerbaijan's two-time world champion Mahammadrasul Majidov 5-0.

The Indian was slightly under the weather going into the contest, having suffered a bout of viral fever before coming here.

Kavinder was the first to take the ring for the country, which had all its bout in the evening session for the second day in a row.

The Asian Championships quarter-finalist started rather cautiously and spent the opening three minutes getting a measure of his opponent. However, Kavinder's approach allowed Baba to land some clear blows, giving him the early advantage.

Kavinder, however, made a quick recovery and became the aggressor in the second round. His right hooks connected quite well and disturbed Baba's rhythm. Kavinder upped the ante further in the final three minutes to get the decisive nod from the judges in his favour.

Kavinder will next be up against third-seeded Algerian Mohamed Flissi. Flissi is a two-time World Championships medallist, having bagged a silver in 2013 followed by a bronze in the 2015 edition.

Manoj was the next man in and in complete contrast to Kavinder, he gave it his all in the first two rounds. The 31-year-old former Commonwealth Games gold-medallist was in his elements from the word go and used his reach to good effect against Belous.

The faltering Moldovan had little or no response to offer in the first two rounds and resorted to throwing wild swings at the Indian. The burst did tire out Manoj in the last round and Besoul tried to grab the advantage at this stage.

However, Manoj had done the job by then to ensure that the final verdict went in his favour.

"Both Manoj and Kavinder had tough bouts in a very different way. But they knew how to manoeuvre and they did just that," India's Swedish coach Santiago Nieva told PTI after the two bouts.

"The results have been good so far but there is a long way to go," he added.

Awaiting Manoj in the second round is fourth-seeded Venezuelan Gabriel Maestre Perez. Perez had won a bronze in the 2013 World Championships and he is also a Pan-American Games gold-medallist.

Satish contested the last bout of the day and even though he gave a good account of himself, the judges ruled overwhelmingly in favour of his more decorated rival.

Earlier, Amit Phangal (49kg) and Gaurav Bidhuri (56kg) had won their respective bouts to enter the second round of the marquee boxing event.