Klitschko's last fight was in April when he was stopped by Anthony Joshua in the 11th round of the WBA title fight at Wembley Stadium in London. 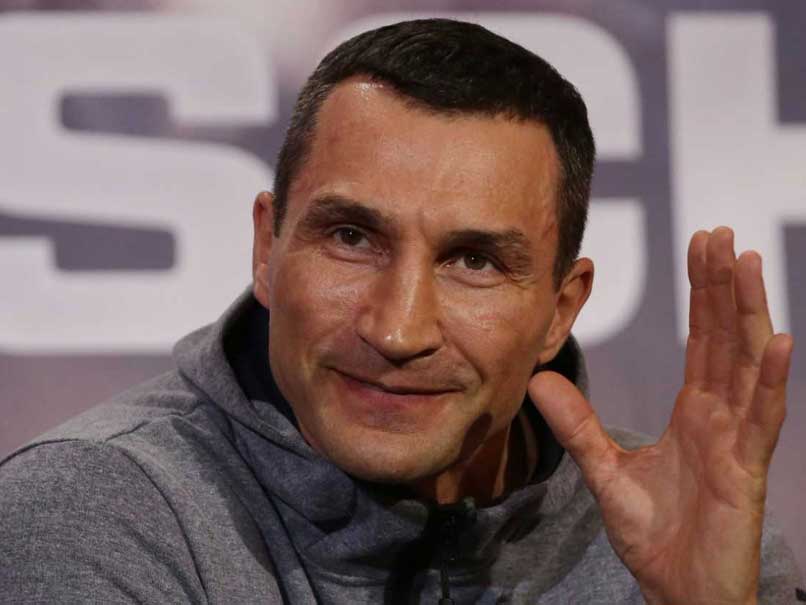 Ukraine's former world heavyweight champion Wladimir Klitschko announced his retirement from boxing on Thursday to scupper any hopes of a November rematch against Britain's undisputed champ Anthony Joshua. Hamburg-based Klitschko, 41, hangs up his gloves as one of the all-time greats of the ring after a nine-and-a-half year reign as heavyweight champion, which was ended in 2015. Klitschko, who won super-heavyweight gold at the 1996 Atlanta Olympic Games, was the undisputed world champion from 2006-2015, when he held several belts, before finally losing to Britain's Tyson Fury on points in 2015.

Klitschko's last fight was in April when he was stopped by Anthony Joshua in the 11th round of the WBA title fight at Wembley Stadium in London in a hard-fought bout in which both fighters hit the canvas.

Such was the interest in Klitschko's announcement that the demand crashed his website on Thursday morning.

"After my last fight against Anthony Joshua, I deliberately took the time to make a decision," said Klitschko, whose elder brother Vitali, 46, is also a former world heavyweight boxing champion.

"I never thought I'd have such a long and incredibly successful boxing career, I thank you all from the bottom of my heart," he told his fans in a statement.

Klitschko bows out with a record of 64 wins and five defeats in 69 professional bouts.

"I have achieved everything I dreamt of, and now I want to start my second career after sports," added Klitschko in a video statement.

"27 years ago, I started my journey and it was the best decision I could have ever made.

"Because of this choice, I have travelled the world, learnt new languages, created businesses, built intellectual properties, helped people in need.

"I became a scientist, an entrepeneur, a motivator, a leader, a trainer, an investor and much more.

"I'm still able to do all this because of the global appeal of the sport of boxing.

"At some point in our lives, we need or just want to switch our careers and get ready for the next challenges, I'm no exception.

"Now it is my turn, I'm honestly doing this with respect for the new challenges and also with tremendous excitement, passion and dedication.

"I am expecting and hoping that my next career, which I have been planning and working on for a few years, will be at least as successful as my old one," he added without giving details.