Muhammad Ali had come to Kolkata during the Christmas of 1990 on a special invitation from Mohammedan Sporting and he wowed many fans with his magic tricks. 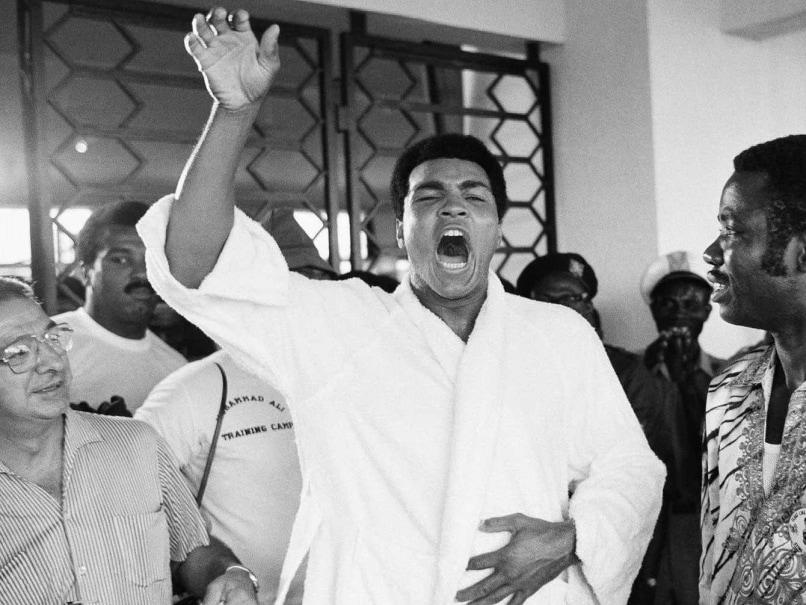 Muhammad Ali was the world heavyweight champion for a record three times between 1964 and 1978.© AP

Legendary boxer Muhammad Ali, who passed away in the United States on Saturday, had a special connect with Kolkata as he spent three days here during the Christmas of 1990, mesmerising sports lovers with his wit and some magic tricks.

The three-time world heavyweight boxing champion, who died aged 74 in Phoenix after battling the Parkinson's disease for over three decades, had come here on a special invitation from Mohammedan Sporting and wowed many fans with his magic tricks.

"He had come here on an personal invitation and visited the club. He also showed us some tricks... I fondly remember how he would float in the air but later would reveal the trick," former club president Sulaiman Khurshid told PTI.

Former India football captain Shabbir Ali, who was the coach of Mohammedan Sporting, also fondly remembers his meeting with the champion boxer, one of his most cherished moments.

"He's the greatest sportsman of the century. I do not want to compare but he was something else. He was very soft spoken. I was really fortunate to have met him," Shabbir said.

He may have been known by the sobriquet 'The Greatest' but he never rated himself highly, recalled senior boxing official Asit Banerjee, who was a referee and had "interviewed" him when Ali visited Kolkata.

"That was my second meeting with him and when I asked him whether he was 'the greatest' he scolded me and said 'God is the greatest'."

For Ali, Jack Johnson, the first ever black boxer to win the world heavyweight boxing championship in 1908, and reigned supreme till 1915, was the No.1 boxer.

He did not even put his name at number 2 and instead named Joe Louis -- one of the greatest heavyweights, who held the world championship from 1937 to 1949.

"I asked him who he considers no 2, and to my utter surprise he said Joe Louis -- one of the greatest heavyweights who held the world championship from 1937 to 1949."

"'If you insist so much, put my name at 3', he had said in a soft voice. That was Muhammad Ali, the greatest of all time. I still have his signed photograph with date December 25, 1990," Banerjee added.