Vijender Singh to be part of MTV Roadies, again

Indian boxer Vijender Singh, who won a bronze in the Beijing Olympics, will be part of 10th season of adventure reality show "Roadies". 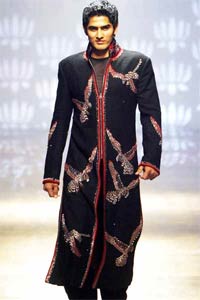 Indian boxer Vijender Singh, who won a bronze in the Beijing Olympics, will be part of 10th season of adventure reality show "Roadies".

The 27-year-old, who appeared in "Roadies 8" in 2009 for an episode, liked his experience so much that he decided to be part of the upcoming season.

" 'Roadies' is the platform that represents youth and youth likes it. I like 'Roadies'. In 2009, I was with them for a task and that was a good experience. People liked me and wanted to see me, so I am coming to the show," Vijender told IANS.

He was speaking on the sidelines of an event to launch "MTV Hero Roadies X - Battle For Glory" Friday.

Asked if television would distract him from his main goal of boxing, he said: "I don't think so. It's my life and I want to do different things. I have done so many things. My job is to be in sports, but it does not mean that I cannot do anything else."

He will help the "Roadies" team during auditioning in the capital. However, he refused to reveal his larger role in the show that comes on MTV.