Vijender Singh, who beat Poland's Andrzej Soldra via TKO in Bolton on Friday night to register his sixth successive win, was originally scheduled to fight for the WBO Asia title on June 11 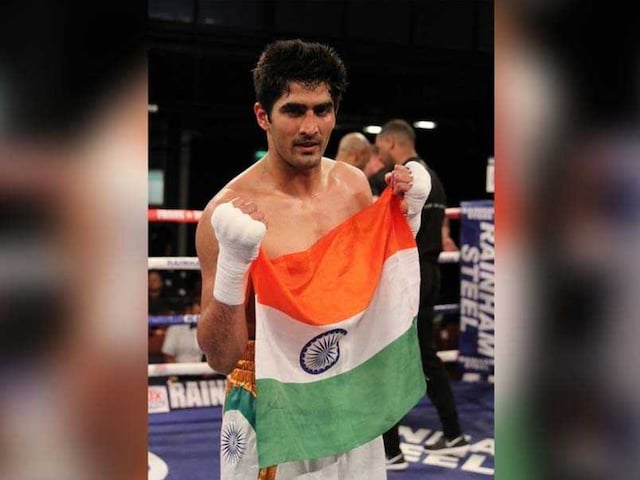 Indian boxing star Vijender Singh's maiden title bout, scheduled to be held in New Delhi, has been postponed by a month to July but the trailblazing pugilist on Saturday said he will not take any break from training as it would upset his rhythm.

Vijender, who beat Poland's Andrzej Soldra via Technical Knockout in Bolton on Friday night to register his sixth successive win, was originally scheduled to fight for the WBO Asia title on June 11.

However, the big event has been pushed back by a month due to logistical reasons.

"I am really looking forward to the India bout, it is going to be a huge moment for me to step inside the ring in front of my home fans. And that is why I am not going to take any break from training because I want to be at my best. It is technically not good either to take a break as the body has to remain in rhythm," Vijender told PTI in a telephonic chat from Manchester.

The opponent for that much-anticipated contest is yet to be finalised. Vijender said after spending a week in India, he would head back to Manchester.

"Even while I am in India, there won't be a proper break, I would be training daily because I cannot be completely away from training. I would be celebrating my wedding anniversary on May 17 there before I come back to Manchester to continue my preparation for the India bout," Vijender said.

"I would have loved to train at home for this bout but facilities are better in Manchester, so I will have to head back," he added.

"He connected better, certainly, but I relied on power. I was looking for that one powerful blow which would knock him out. I managed to strike that in the third round when he lost his balance," he said.

"Even in the recent Amir Khan vs Saul Canelo Alvarez fight, Amir was doing fine for some time but Canelo knocked him off with a solid one eventually. This is what I did as well," he explained.