Vijender Singh, the country's most celebrated boxer, had bid adieu to his amateur career by turning professional, ruling himself out of next year's Olympics. 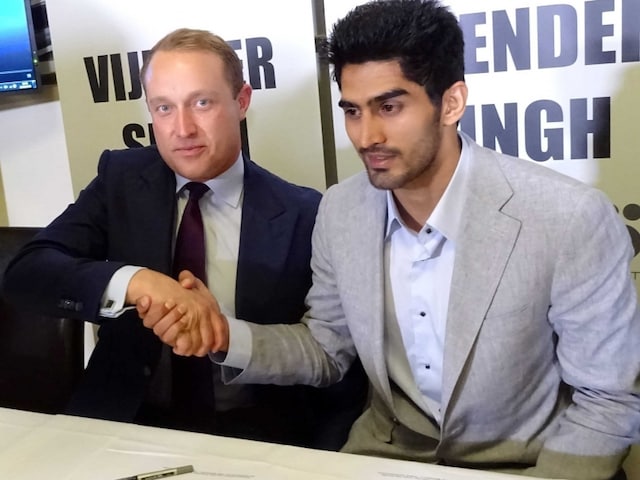 However, there was no official word on what transpired in the meeting which lasted for about 30 minutes at the CM's official residence here.

The ace boxer, who also holds the rank of Deputy Superintendent of Police (DSP) in Haryana, came in his Sports Utility Vehicle and avoided the media.(Vijender Could Lose State Benefits)

However, it is understood that the CM had asked the boxer to follow the rules for turning professional from amateur.

Recently, Haryana police had warned of taking action against Vijender if he fails to seek permission from the state government for turning professional.(Was Infighting the Cause?)

Vijender, the country's most celebrated boxer, had bid adieu to his amateur career by turning professional, ruling himself out of next year's Olympics.

The first Indian boxer to win an Olympic medal -- the 29-year-old signed a multi-year agreement with Queensberry Promotions through IOS Sports and Entertainment.

Vijender was appointed as Deputy Superintendent of Police (DSP) by the previous Bhupinder Singh Hooda government in Haryana for his outstanding record in boxing at national and international level.

However, Vijender was currently on probation and had not yet completed his training.