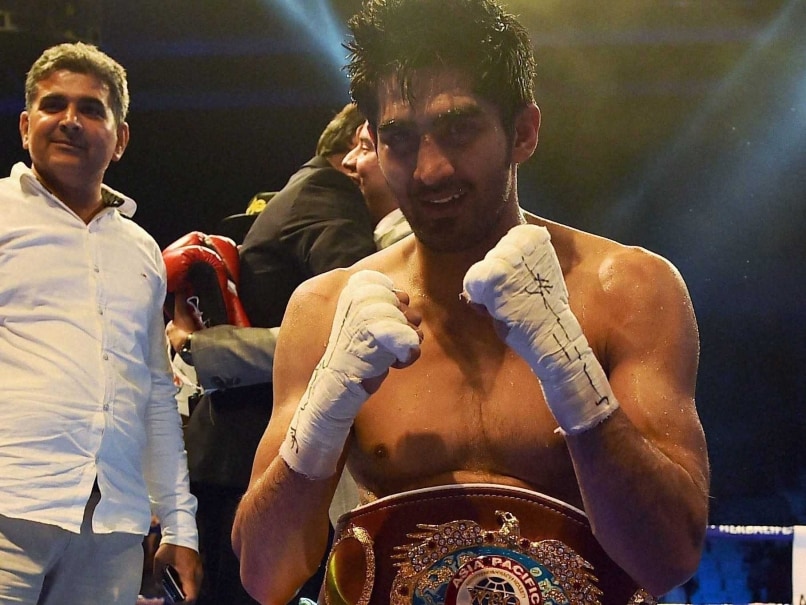 Vijender Singh, who made history by winning the WBO Asia-Pacific Title on Saturday, dedicated his triumph to heavyweight boxing legend Muhammad Ali, who died in June.

India's first Olympics medal winning boxer beat Australian Kerry Hope 296-274 in a 10-round contest to win the WBO Asia-Pacific Super Middleweight title. This was the Indian's maiden pro bout at home and it extended his winning streak to seven matches.

"I want to dedicate my win to Muhammad Ali, who passed away last month. He was a legend of sports," Vijender said after his win in the 10-round contest.

"I would also like to thank my countrymen for their support."

Vijender broke down after the intense contest against Hope. "Thank you India. We made it possible. I did not expect so many people would turn up for my fight," he said. "Thanks to all the Bollywood stars, politicians, youth who came to watch my fight. The fight has been a huge hit."

Comments
Topics mentioned in this article
Vijender Singh Boxing
Get the latest updates on Olympics 2020, Olympics 2020 Medal Tally, Live Cricket Score . Like us on Facebook or follow us on Twitter for more sports updates. You can also download the NDTV Cricket app for Android or iOS.